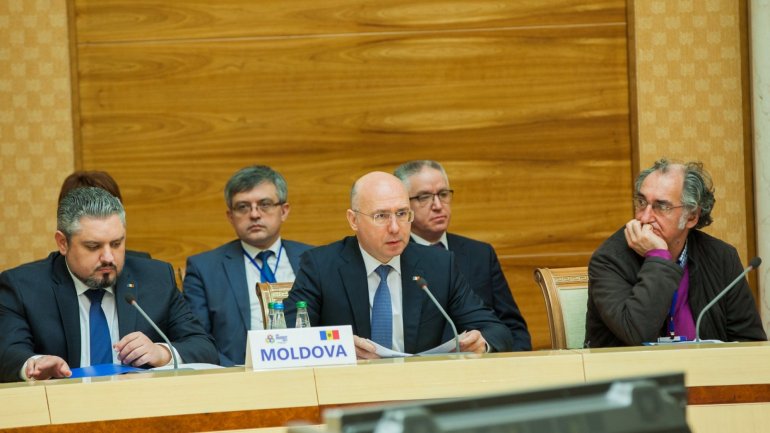 Prime Minister Pavel Filip has participated at the Central European Initiative summit, organized in Belarus, who is the platform's president in 2017.

"The cooperation within CEI and Republic of Moldova's European agenda are complementary, the first contribution in the project realization to accomplish all obligations assumed in front of the European partners" Prime Minister declared.

At the same time, Pavel Filip has mentioned CEI's support toward the development of regional and transnational projects in various field, with the help of EU, as a strategic partner of the region. A proof of Republic of Moldova's obligation to continue being a trusted partner, interested in promoting a regional agenda active on the CEI platform, is also the signing of the CEI Action Plan for 2018 - 2020.

In this context, Pavel Filip underlined the important role member states of CEI had in the development of transport infrastructure in Europe, supporting the efforts of partner states interested in taking over European standards in the area of transport.

"Being an important link of South- Eastern Europe with the Eastern one, opening European and Eurasian transport network is the main area Republic of Moldova is building it's politics on, having the following aims: to harmonize national legislation with European Standards, as those stated in the Association Agreement, connecting and respecting the integrity in coordination transeuropean transport, gaining easier access to the European car market" Pavel Filip declared.

Another subject spoken of at the Summit was about managing migration and its impact. Republic of Moldova confirmed its willingness to share the experience gained in this field, especially in consolidating the management of Moldova- Romania border and emigration policy.

Those who participated at the reunion have shared their opinions regarding combating terrorist threats, including the cybernetic and hybrid ones, which is a serious threat toward regional security.

Central European Initiative is the biggest intergovernmental forum for cooperation from Europe, with the status of observer within UN General Assembly. In 2018, the presidency of CEI will be taken by Croatia. CEI has 10 member states from the European Union: Austria, Bulgaria, Czech Republic, Croatia, Italy, Poland, Romania, Slovakia, Hungary and 8 non-EU member states: Albania, Belarus, Bosnia and Herzegovina, Macedonia, Republic of Moldova, Montenegro, Serbia and Ukraine.