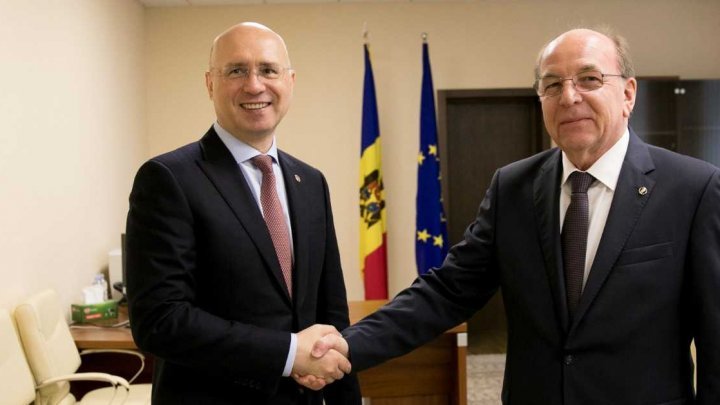 Leader of parliament faction of Moldovan Democratic Party (PDM) Pavel Filip met with Russian Ambassador to Moldova Oleg Vasnețov at Parliament to exchange opinions regarding actual situations in the Republic of Moldova.

Pavel Filip emphasized the openness of PDM to Moldova's foreign partners including Russia in cooperation based on mutual and pragmatism respects.

Reference to the actual political situations, president of parliament faction highlighted the PDM's goals to form a governing coalition in the Republic of Moldova as soon as possible to carry out further the projects already set off in the last mandate.

On this occasion, the Russian diplomat reiterated Moscow's willingness to boost the Russia - Moldova relations on parliament network to launch cooperation activities.