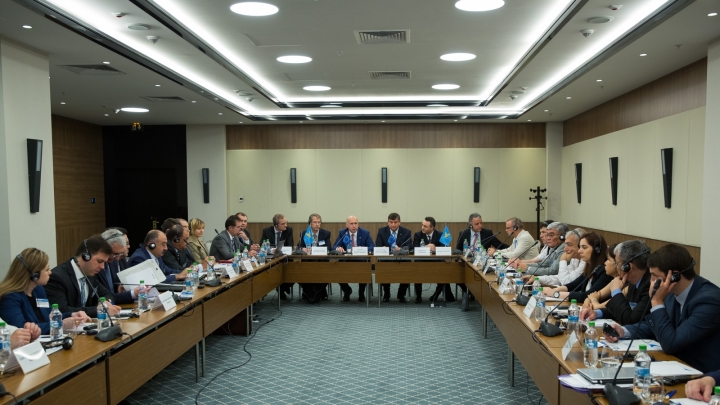 The Government will do all possible so that the civil aviation sector will be discussed only in a positive way, and the most important is that the offered services to be appreciated by the passengers. The declaration was done by prime minister Pavel Filip, who attended the launching event of the EU project under the aegis of EASA “Support and assistance in the civil aviation sector of countries of the Central Asia and Eastern Partnership”.

The project is oriented towards the transposition of international and European standards in civil aviation sector in Moldova, having a budget of approximately 5 million euro and a duration of 3 years.

The prime minister has stressed out the importance of this project for our country and gave assurance that the Government will support in totality its completion, and will supervise the spending of money which will be invested in the project.

Pavel Filip thanked the external partners for the given support and has declared that the reform of the air transport is a strategic decision of Moldovan Government.

The prime minister also mentioned that the Government will promote the security of the aviation through the effective regulation and through the encouragement of the highest standards in the field.

The launching event has reunited in Chisinau the directors of civil aeronautical authorities from eight beneficiary countries, including Moldova, Armenia, Azerbaijan, Georgia, Ukraine, Kazakhstan, Kyrgyzstan, Tajikistan, and Uzbekistan, representatives of the European Commission, EASA, and ICAO.