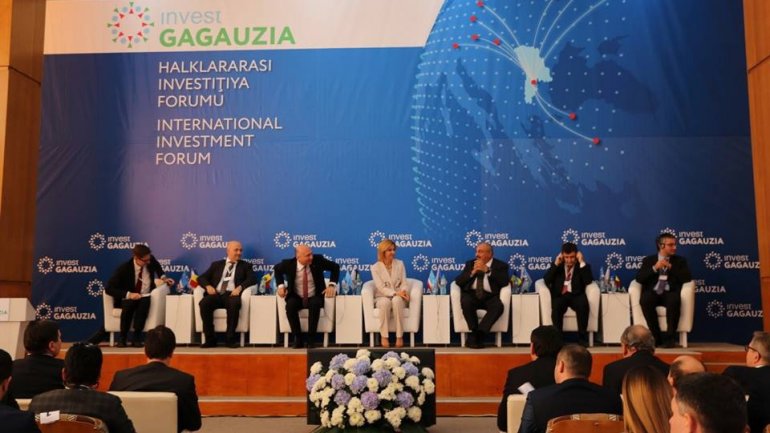 Attracting a greater number of investors in the districts and in Gagauzia will help improve people's lives.

Prime Minister Pavel Filip discussed about this priority of the government today in the second investment forum which was held in Comrat.

The event was attended by about 250 representatives of the business environment from 20 countries.

Prime Minister Pavel Filip said that reducing the number of control institutions was a first step for business development.

"It is actually the overall vision of the Government. 360 degrees - good relations with all our neighbors and even the entire world. I said from the beginning that the Government I lead is a pro-business government. It is a government that wants people from Moldova to live in prosperity" said Prime Minister Pavel Filip.

Governor of Gagauzia, Irina Vlah, noted the importance of attracting investments from both the East and the West.

"For us it is very important that in the region would be opened new businesses. Which means new jobs. Today the most important point was signing the Free Trade Agreement with Turkey. At the moment we have access to three channels of communication. They are the trade with the European Union, Turkey and the CIS countries" said Irina Vlah.

And businessmen have come up with more ideas for investment, especially in education, construction and viticulture.

At the forum, prime minister Pavel Filip had a meeting with Deputy Prime Minister of Turkey, which is among the main trading partners.

In 2015 the trade volume between the two countries exceeded 211 million dollars.