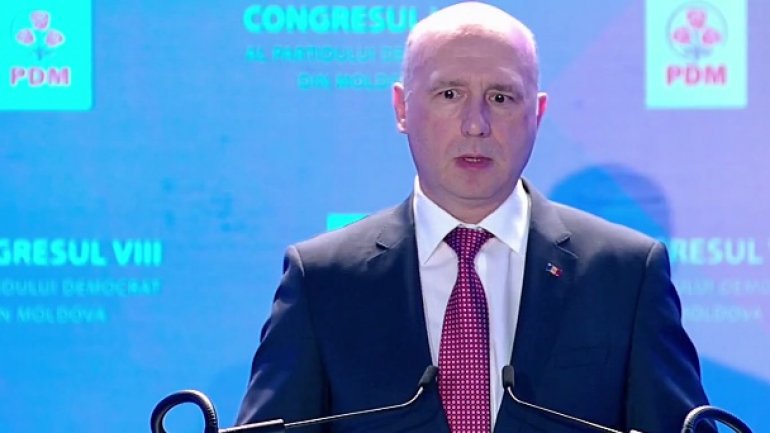 The Democratic Party convened today, December 24th, the eighth congress of the party. During the event, Prime Minister Pavel Filip thanked everyone for the confidence offered to the Government headed by him. The head of the Executive has stated that he wants to no longer manage crises in 2017-2018, but to develop Moldova.

"Dear colleagues, dear guests, good to see you again, we are satisfied, because everything was done for the better. It was a tough year, but I want to thank everyone for the trust that you have given me when I was made the Prime Minister of the country.

It was a difficult year for Moldova, I would categorize our work through the first visit and the last visit to Brussels, but also through the meetings that we had with external partners and the IMF.

I want to say that not every party would have have assumed this responsibility to govern Moldova. In January, Moldova was in a jam of external funding and now, we complete this year with confidence restored from external partners about the unlocking of EU money.

I want to bring you two good news: this year about 500 million euro have been accumulated, money for projects and the second news is that we managed to unlock the funding for next year.

Thanks to the members of parliament for the support I've had throughout the year. It is true that like any party, PDM always opted to take the leading position in the state. This year, the Democratic Party won most functions in the history of parties, not only for us and not the goal was to hold a function, but it is important that these functions are the most important tools to change things in Moldova.

I wish that in 2017-2018 we no longer would manage crises, but we shall develop Moldova" , said Pavel Filip.