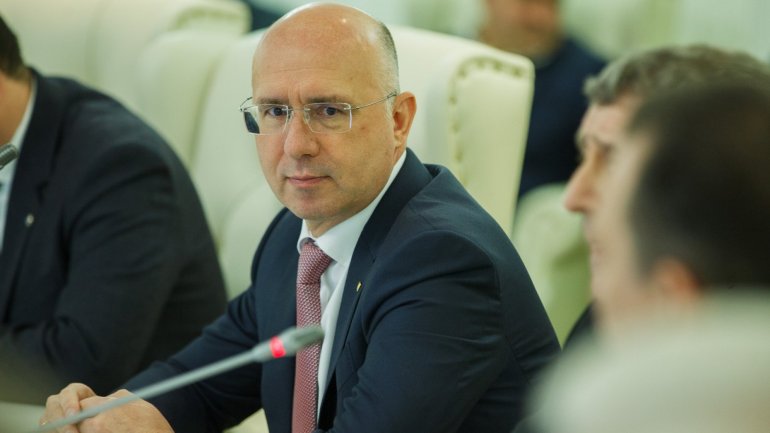 Prime Minister Pavel Filip has participated at the Moldova - Belarus Business Forum, which took place in Minsk. One of the main subjects discussed there were attracting investments and creating new jobs. Entrepreneurs from both countries have expressed their interests in collaborating, while the main fields being of transport, agriculture and light industry.

According to Prime Minister Pavel Filip, Belarus is one of the main commercial partners of Moldova. The trade between the two countries rose by 10% in the first nine months of this year, while by the end of 2017, it will reach 200 million US dollars.

"Republic of Moldova has over 80 businesses with income from Belarus. I believe that this is only the beginning, as we do everything in our power to become more active for those who wish to invest in Republic of Moldova. We are confident that there are big perspective in our relations, as well as a big perspective in development" PM Filip declared.

"We decided to remove those subdivisions, so that they will not have anything to do with economy, nor ministry, nor anti-corruption. They must be seen as friends of business" PM said.

Representatives from the Government of Minsk, as well as entrepreneurs from Belarus declared that they are interested in collaborating with Moldova.

"Each time we see significant progress in the commercial - economical, cultural, humanitarian relations and I am thankful that in such a short period of time you managed to organize such a delegation. Over 90 state enterprises from Belarus have shown interest" Deputy Prime Minister of Belarus, Mihail Rusîi specified.

"I wish for this forum to gather investments, to find solutions for us to be able to open an industrial park in Hânceşti" Mayor of Hânceşti, Alexandru Botnari said.

At Minsk, Pavel Filip has met with his counterpart, Andrei Kobeakov. The two officials have spoken of common projects between the two states. Prime Minister declared that Moldova wishes for more enterprises with a mixed source of income, with this in mind, offering various advantages for foreign investors. In his turn, Prime Minister of Belarus assured that the country is open for strengthening commercial and economic relations with Moldova. Today, Pavel Filip will meet with President of Belarus, Alexander Lukashenko and will participate in a regional cooperation forum, Central European Initiative, counting 18 member states.