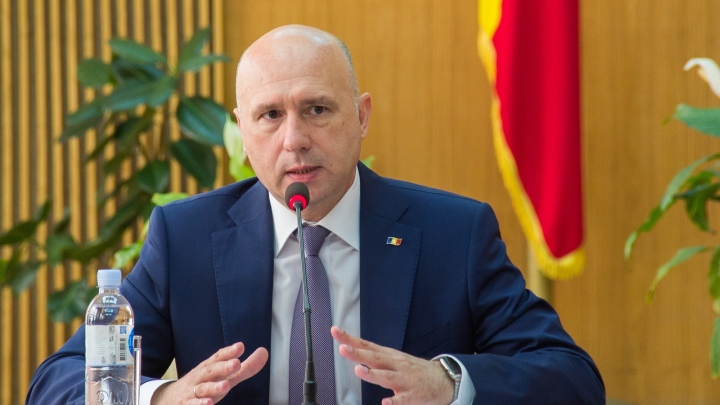 The prime minister Pavel Filip had a meeting with district presidents. The meeting was attended by members of the Government and leaders of the local public administration authorities of the second level.

During the meeting, that lasted more than two hours, the participants have discussed the most important problems and their solutions, tackling various subjects linked to public administration, and aspects on cooperation between local and central authorities.

The prime minister has stressed the importance of ensuring an effective dialogue between state institutions of all levels. The chief of Executive talked about the evolutions in the last years and the priorities of the Government for the next period, making reference to the actions targeting the stabilization of the social-economic situation in the country, and to the dialogue with the partners of Moldova, for the establishment of the trust and reviving the cooperation for the insurance of a durable development of the country. At their turn, the district presidents have described the situation in the territory, appreciating the supporting actions of the Government in specific situations, but also stated a series of problems, solutioning of which need the involvement of central authorities.

Among these were mentioned financial difficulties, retention on payments of the budget allowances and subventions, normative and legislative deficiencies in goods management, especially in education field. Also, was discussed the low salaries in the budgetary field, a fact generating staff insufficiency in public institutions, and the necessity of impelling the realization of infrastructure projects, road building, environment projects, agriculture development and outlet identification for the selling of local production. The representatives of Ministries of Environment, Education, Finance, Regional Development and Constructions, Agriculture and Food Industry, and Transport and Road Infrastructure have answered to numerous questions of the leaders of local administrations.

At the same time, at the indication of the prime minister Pavel Filip, all subjects discussed at the meeting will be examined in details by the authorized institutions and will receive answers in the established time.

Prime minister has mentioned that this kind of meetings will be organized regularly.