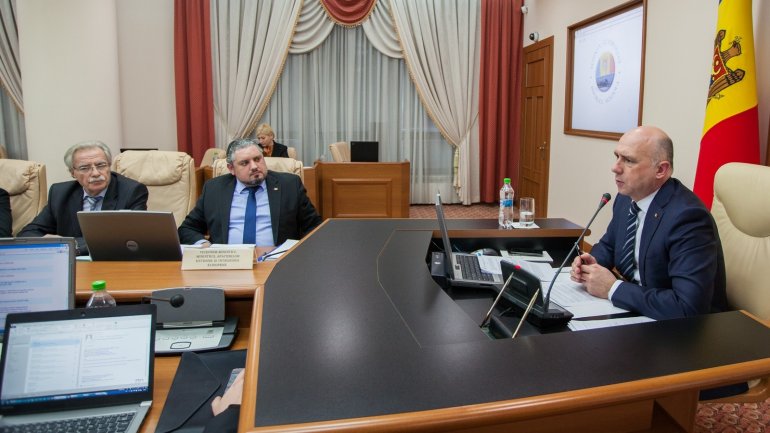 Prime Minister Pavel Filip chaired yesterday evening, this year's first meeting of the Governmental Commission for European Integration (CGIE). In it was examined the Report on the implementation of the National Plan of Action for Implementation of Moldova-EU Association Agreement in the years 2014-2016.

According to data presented by Minister of Foreign Affairs and European Integration, actions planned for this period were made at a rate of 73.73%, and the rate of harmonization of national legislation with the EU acquis foreseen by the Agreement is growing. At the same time, in 2016 several drawbacks have been eliminated, including thanks to the successful implementation of the Road Map agreed with authorities from Brussels.

During the talks, Prime Minister Pavel Filip emphasized the need to develop a separate communication plan on the benefits of Moldova - European Union Association Agreement so that citizens know better what this Agreement means and what it gives. At the same time, will be stimulated the dialogue with foreign partners to inform them of the steps taken by the Chisinau authorities to implement the Agreement.

"Association Agreement with the EU means modernization of Moldova and increase of the living standards of citizens to existing standards in the member states of the European Union. In 2016 we were able to recover several drawbacks, and the end of the year was approved National Action Plan for implementation of Moldova - European Union Association Agreement in the period 2017 - 2019, which defines the priorities of activity for the coming years" said Pavel Filip.

During the meeting was also discussed about the next meeting of the Moldova-EU Association Agreement, to be held in March 2017. In this context, the authorities were informed about the need to prepare a comprehensive report on measures taken to at the moment.