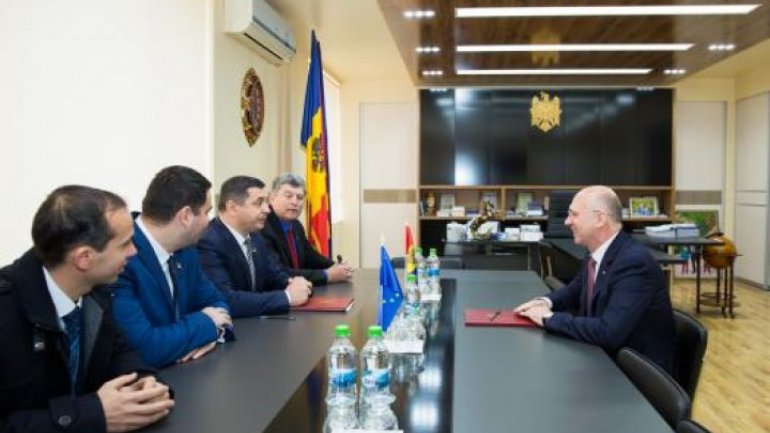 Prime Minister Pavel Filip discussed today the main objectives of the reforms promoted by the Government with the representatives of the local public administration, the economic agents, the directors of the educational institutions and the medical institutions in the Cahul district.

Pavel Filip referred to the actions taken by the Government in the last two years to ensure stability in society and to reposition the country on the course of economic development.

"Our efforts have not been in vain, but only this year, after ten months, we have revenues to the state budget by 4.2 billion lei higher than in the previous year." Customs collections increased by 2.2 billion lei, compared to 2016, "the Prime Minister underlined.

At the same time, the head of the Executive emphasized that the process of recovering the fraudulent money from the three banks continues. By the end of the current month, Kroll is due to present its second report.

"This report will be presented together with an Asset Recovery Strategy, which will be implemented jointly with the Moldovan authorities," added the Prime Minister.

Another reform that the Head of the Executive spoke about is about measures to business environment. So far, several measures have been taken to support the development of the business community. These are reducing institutions with control functions, reducing the number of permissive acts and reports to be submitted to the authorities, eliminating stamp duty. And measures to improve the business environment continue.

The prime minister also referred to reforms of the pension system, the justice sector, and central public authorities. These reforms aim at creating the conditions for citizens to have enough income and the necessary utilities for decent life.

Speaking about the Government's priorities for the next period, Pavel Filip highlighted the rule of law, the creation of a modern and competitive education system, the development of the road infrastructure.

"Next year will be a year of road repairs. We want to make the most of the financial resources provided by our development partners and those in the budget," concluded Pavel Filip.

The prime minister also stressed that he wants the European path of the country to become irreversible through the measures taken.

During the talks, the representatives of the local public authorities addressed several questions, but made some suggestions and proposals for the Executive. Among the main issues addressed were poor management of natural resources in the region, low salaries in town halls, insufficient funding of schools, critical condition of privatized objectives, social assistance for the needy strata.

Prime Minister Pavel Filip promised that each problem should be analyzed in part, in order to identify the optimal solutions, in close cooperation with the local administration.