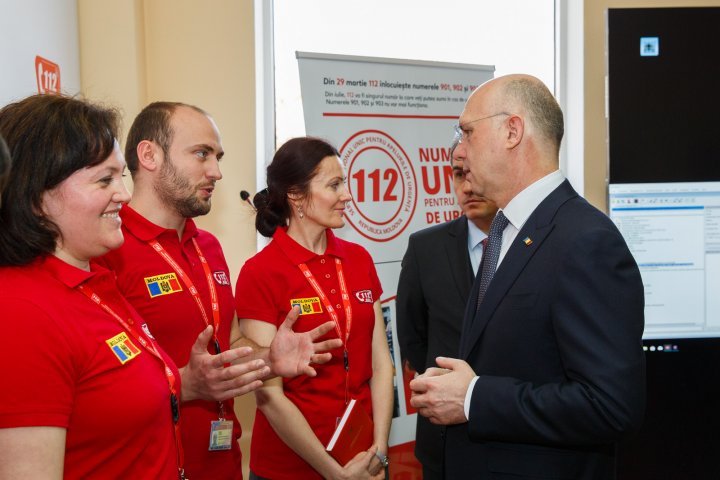 The 112 emergency service has been in operation in Moldova. Premier Pavel Filip emphasized the benefit of this system to citizens in the launching event, that people will be served with modern services as in European countries.

"We've created the 112 emergency service in order to ease the access to services of citizens, moreover, we think people deserve being protected. This means not only people will know number 112 instead 901, 902, 903 or 904, but also the system will have automated processes," said Premier Pavel Filip.

Moldova is the second country after Sweden to utilize this software which created 112 emergency service.

This will allow handling of more complex cases and the immediate connection of all services - police, ambulance, rescuers, firefighters, for more efficient intervention.

The average call of request will be reduced three times, due to the fact that the system allows identification of the exact name, address, and location.

Moreover, the prime minister emphasized the main role of the operators working in 112 service and all the staff.

"This combination between technology and human resource will make more wonderful things. I can say aloud that you - the rescuers, the firefighters, the doctors, the policemen, the dispatchers from the emergency services and now you, the 112 operators - are my heroes! ", The prime minister underlined.

In the context, the Premier recalled the four heroes, members of the SMURD helicopter crew, who collapsed two years ago in southern Moldova near Haragâș.

"It was the moment when I understood that Romania is even more than our neighboring country, more than a good friend of Moldova".

The 112 service was initiated by Prime Minister Pavel Filip while he was Minister of Information and Communication Technology.

The 112 emergency number works in 36 EU Member States and today in Moldova.