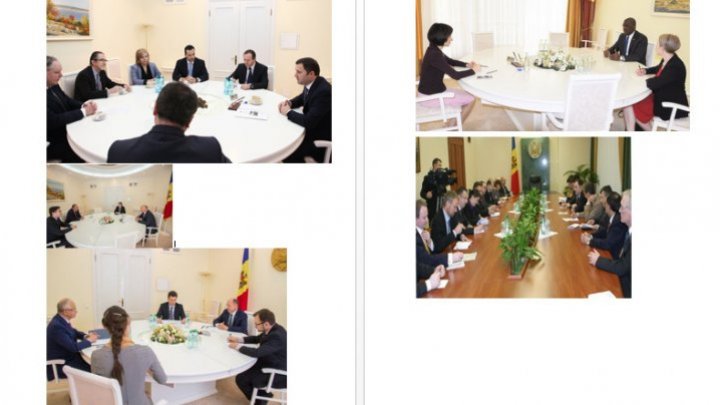 The former PM Pavel Flip says that the so-called luxury from the Government's institution he inherited from his predecessors. The only thing that he made in the governing period was repairing the old and broken furniture. The declarations were made within a talk-show, Replica, from Prime TV.

'This was Filat's office, the one that I had is Greceanii's now.

The paintings are from the Museum of Arts, with which I made an agreement to expose in the Government. When I left, it was Palamarciuc's exhibition. It is true that I repaired the offices and session halls. It was disturbing to ask permission from the President to go to the residence when delegations were coming. I am satisfied that I got rid of all the trash. There are halls for delegations.

The clocks are of decades. I suggest them to search on the internet to see about that.