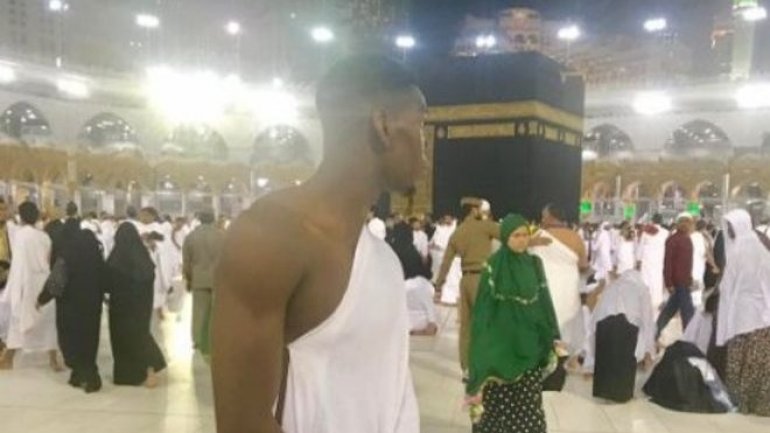 The world's most expensive footballer is on a pilgrimage to Islam's holiest city as he marks the start of Ramadan, BBC reports.

French international Paul Pogba shared a picture of himself in Mecca on Sunday, captioning it the "most beautiful thing I've seen in my life".

He also sent a tweet wishing everyone a "happy Ramadan".

On Wednesday, he lifted the Europa League cup after Manchester United beat Ajax in the final in Stockholm.