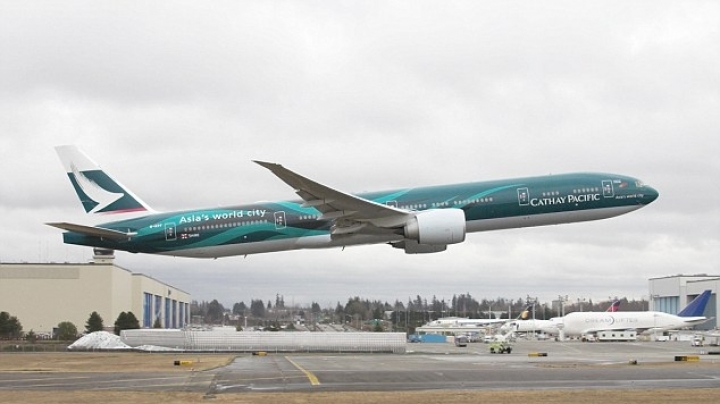 A Cathay Pacific flight to Bangkok was delayed for more than three hours after a passenger accidentally tore off part of the ceiling while trying to stow his luggage, reports Daily Mail.

The man reportedly pulled down the ceiling panel as he thought it was an overhead luggage compartment.

Engineers were able to repair the part and the flight was able to continue as normal after the delay.

There were 280 passengers on board the flight on Wednesday when the incident took place.

Flight CX705 from Hong Kong to Bangkok was scheduled to take off at 8.15am local time but was delayed until 11.47am according to Flight Radar.

The male passenger who caused the delay was seated in the rear of the flight according to South China Morning Post (SCMP).

He reportedly tried to open an overhead luggage bin but the space was actually a redundant compartment.

Photographs from the plane revealed significant damage to the interior of the aircraft.

Part of the ceiling is seen hanging down over the seats below it, exposing an empty space.

SCMP said that airlines normally marked the redundant space but it was not done in this case.

After engineers repaired the aircraft, the passenger was allowed to travel on to Bangkok according to the report.

A spokesperson for Cathay Pacific told MailOnline Travel: 'Cathay Pacific flight CX705 from Hong Kong to Bangkok on 20 July, scheduled to depart at 8.15am, was delayed as a fixed panel of the overhead compartment was found damaged before take-off and repair was required.

'The flight subsequently took off at 11.24 am on the same day after completion of inspection and repairs. There were 280 passengers on board. We apologise for the inconvenience caused to the passengers.'