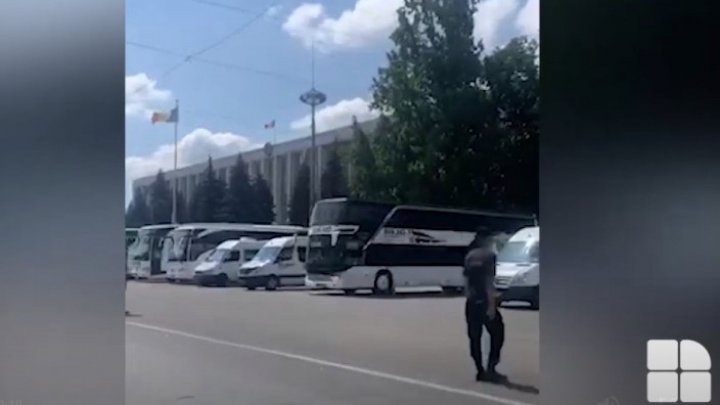 Passenger logistic company workers started a rally in the Great National Assembly Square. They are outraged because of their competitors who burned down a lot of their buses and are still in liberty.

Contacted by PUBLIKA.MD, the logistic company director said that yesterday he saw the charged ones relaxing in a city cafe. They had a horrible behavior and showed him disrespectful gestures. According to him, after Court of Appeal's decision on July 29, the charged ones got sentenced to home detention.

The company's workers are protesting in the front of the Government requesting a proper justice.

PUBLIKA.MD reminds that seven persons of an international passenger logistic company were detained in April after they would have set on fire competing company's buses. The suspects are charged of blackmail and physical force application. The problem is a common international travel course.
AFLĂ imediat Știrile Publika.MD. Intră pe Telegram