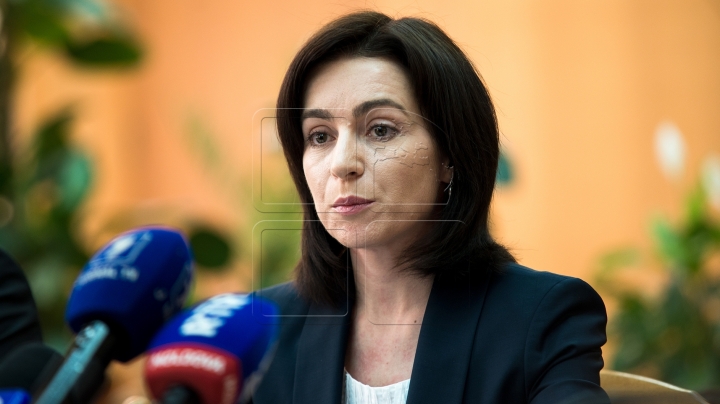 The leader of “Action and Solidarity” Party gave up the joint nominee for the presidential elections. Maia Sandu has launched herself in the electoral campaign for the position of president of country. The event took place on Wednesday, 5 October 2016, in the center of Hancesti and gathered tens of people. Not all of them were convinced to vote the PAS candidate for president.

Taking after the model given a few years ago by the former leader of “Moldova Noastra” Alliance, Serfaim Urecheanu, Maia Sandu signed a so-called social contract with the persons present at the launching.

“Here I want to sign my social contract in which I wrote many commitments I will carry out and with which I will come to you after a year, after two, three years and I will report how I fulfilled these commitments” declared Sandu.

Through the commitments assumed by the PAS leader are the insurance of the integrity of judicial system, the cooperation with the state institutions, the creation of work places and the development of localities:

“I liked what she read, I liked the contract, is different in comparison with others.”

Still, some people present at the event declared that they do not know who will support in the elections:

“We came to see what Mrs. Maia Sandu will say and to make conclusions, to vote for her or not, we will see.”

“We want a lot, but when they get there, they get involved in the politics of the parties and we remain with what we had.”

Previously, Andrei Nastase, the leader of Dignity and Truth Party of Topa fugitives, and the president of Action and Solidarity Party, Maia Sandu, promised that they will name a sole nominee from the side of the two parties in the elections on 30 October 2016.