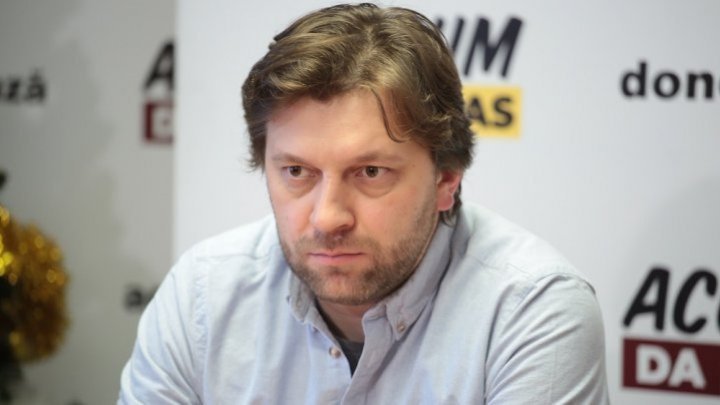 They promised transparency, but preferentially choose the press to speak with. PAS deputy Dumitru Alaiba refuses to comment for Publika TV and Prime TV, because he does not want to give us credibility.

On his Facebook page, he recommends journalists from the targeted television stations to catch him on the halls of Parliament or on the street to get a statement.

But over time, it was Alaiba who did not give much credibility.

In 2013, while working in the office of Prime Minister Vlad Filat, Dumitru Alaiba wrote in an article that "Banca de Economii will be fine", even though BEM, Unibank and Social Bank had been facing problems for more than three years. The post was republished by blogger Eugen Luchianiuc in 2016, after the text disappeared from Alaiba's post.

In the article, it was written that the state never allowed problems for the Banca de Economii and it was reminiscent of the '90s, when the state's share in the BEM was below 20 percent, managing to recover 36 percent of its shares.

The crisis in the banking system is described by Alaiba as a small episode in BEM history. Two years later, the three banks announced that they would be liquidated, and Alaiba did not comment on the matter.

According to Luchianiuc, during that period, Dumitru Alaiba was also the leader of PLDM trolls on social networks. From the executive's building, he managed, including, a favorite page of Vlad Filat.

Now, at the deputy chair, Dumitru Alaiba praises the initiative to double the VAT charge for hotels, restaurants and cafes. In a post on Facebook yesterday, he wrote that the increase will primarily benefit those working in the field. A few years ago, he was saying something different.

In 2017, the Center for Policies and Reforms, where Alaiba activated as program director, developed a study arguing the need to reduce this tax. The document was entitled: "The opportunity to reduce VAT for food and public services".