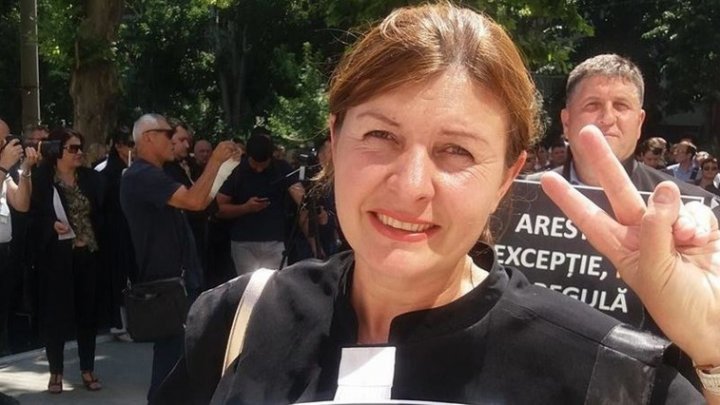 The lawyer of Gheorghe Petic, the leader of Ungheni PPDA headquarter who is accused of sexual harassment is forbidden to run for the elections.

Angela Istrate is being pressed by the members of PAS and PPDA to withdraw from Ialoveni constituency, in order to let Liviu Vovc candidate run.

Within a Facebook post, Angela Istrate wrote that she can't understand the politics of PAS and PPDA, as their bloggers try to denigrate her image. Moreover, the lawyer mentioned that after she applied to CEC, the members of PAS and PPDA called her and suggested to withdraw from the elections, otherwise, she will face the popular judgement.

At the same time, Angela Istrate mentioned that the motto "who is not with us is against us" of Nastase and Sandu will bring them failure. She didn't expect to be attacked by PAS and PPDA.

The lawyer says she knows many people who are disappointed in the politics of PAS and PPDA.

The attacks have been criticized by Viorel Savva, a Moldova who lives in New York. He announced that he will run on the USA, Canada constituency. On his Facebook page, he gave a lesson to the PPDA leader, Andrei Nastase about the Constitution.

"I hope you won't gain a parliament majority. I hope we won't face such a catastrophe", said Viorel Savva, Moldovan who lives in the USA.

"What does that mean? This is against the law. How can you explain that?", said Savva.