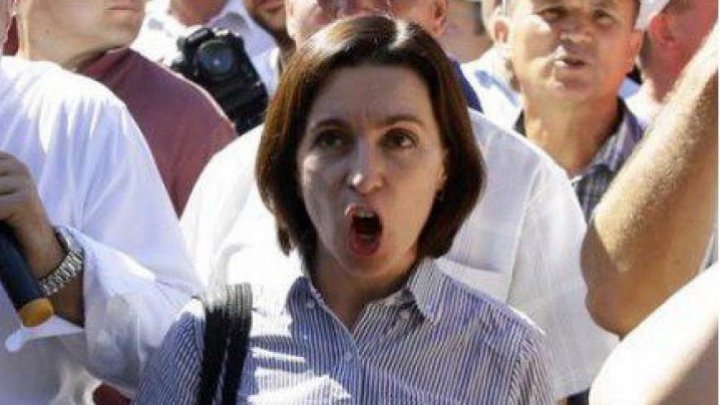 Party of Action and Solidarity and Dignity and Truth Platform Party are butting heads. Leader of PAS, Maia Sandu is still unsure if she will support Andrei Năstase's candidacy at the local elections from the Capital.

Within a TV show, she mentioned that the party is having a poll on this topic. Only a few minutes after this declaration, vice-president of DA party criticized on Facebook the announcement made by Maia Sandu.

According to Maia Sandu, questionnaires were sent to all party members from the Capital. After the poll will finish, PAS will decide if they will support Andrei Năstase's candidacy, or forward their own.

"We made a poll and sent questionnaires to 2 000 people. We wish to see the opinion of party members and hope there will be many replies, at least from those living in Chisinau. We will wait and see the poll's results. There is no rush, the Electoral Commission has not even set a date" PAS president, Maia Sandu said.

Maia Sandu previously mentioned that she found out that Andrei Năstase runs for Mayor from the press and not from DA party. Also on Tuesday evening, Alexandr Slusari criticized the declarations made by PAS president on his Facebook page. Slusari made it clear that he believes Sandu's act as irresponsible.

He mentioned that if DA party would have also organized a poll during the presidential elections, Maia Sandu would have competed against Andrei Năstase. Slusari also wrote that over 2016, his party proved political responsibility.

It is not the first time the two parties cannot reach an agreement. Last autumn, Năstase announced that he offered PAS party to participate together at this year's general elections, creating an electoral block. While Maia Sandu declared that a decision will be taken later, but no answer was yet provided.

During the presidential elections from 2016, the press published audio recordings, where Andrei Năstase and Alexandr Slusari criticized Maia Sandu. The two expressed their disapproval that Maia Sandu was supported by Americans and claimed that she was Plahotniuc's candidate.