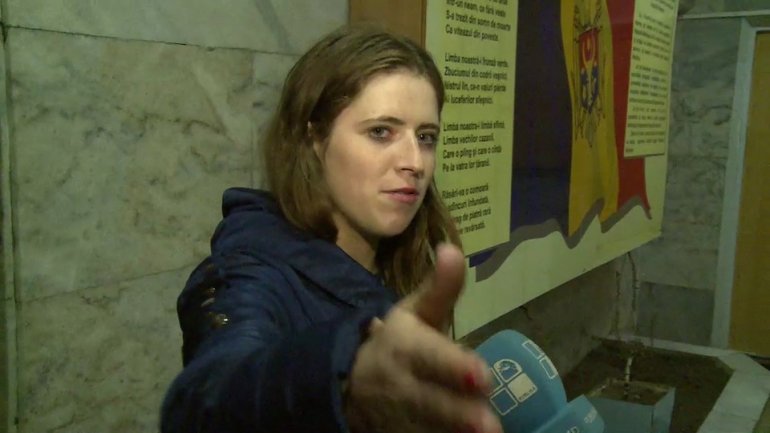 "Nothing bad happened. As you can see he is unharmed. Mr. policeman it was a friendly fight, he doesn't have a scratch."

Four young men, between 19 and 22-year-old, were yesterday arrested by law enforcement after they picked a fight over a girl. It happened at a karaoke from the Capital, where the young lady was celebrating her birthday.

In order to calm them down, two team had to be dispatched to break it up. After a few drinks, one of the men remembered that while he was abroad, his girlfriend used to cheat on him.

" -My girlfriend was not one for a stable relationship. I lived with her for 3 years. I went to have fun for a bit and she...gets a new boyfriend. -She cheated on you? -She cheated."

Only when the two have just calmed down, a third man decided that he cannot accept that his ex was now dating another man.

The young men were taken to Râșcani Police Inspectorate. There, some of them decided to harass officers.

Still, the girl's current boyfriend was the worst off.

"Who are you...You thought we would not meet eventually? Now what? Called the police? You are a dead man."

The young lady could not explain why all her former boyfriends decided to fight.

"It started from nothing. The fight begun in the blink of an eye. They simply went ahead and threw a punch. -Your ex attacked your current boyfriend? -Yes. I have no feeling for the man that hit him."

The girl's boyfriend claims that he never expected the party to take such a turn.

"Some of them invited me to drink, I told them that I'm not a fan of alcohol, while another one decided to hit and curs me. I am her boyfriend."

For such actions, the aggressors risks to be fined.