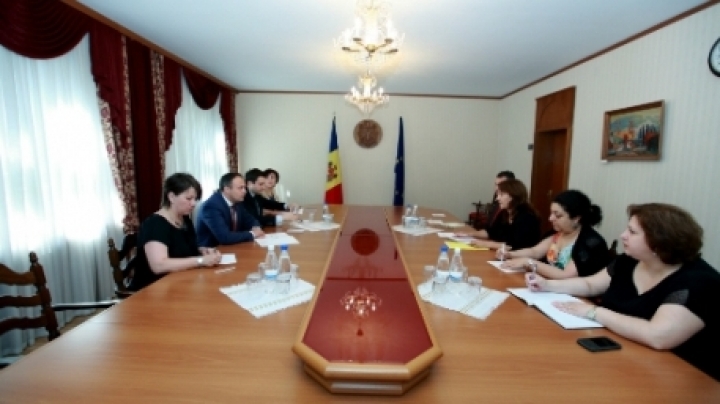 They have discussed about the implementation of the reform strategy regarding the financial-banking sector and about tools regulating and supervising the National Bank, viewing strengthening the institution and the banking sector.

The President of the Parliament has spoken about the arrears in the road map regarding the insurance of the Central Bank’s independence and supervising powers, maintaining the Parliament makes sustainable efforts to accomplish them the coming weeks. The matter is about passing the institutional and regulatory frame regarding legal instruments for systemic banking crises and the special legislation on the central depository.

The speaker has informed the IMF experts about the process of selecting candidates for the membership in the Supervisory Board. Andrian Candu has assured the Parliament fully supports the BNM in ending the process of strengthening its internal capacities.

“Signing a new agreement with the IMF is very important both for regaining the trust of the citizens and foreign partners and for insuring the durable stability of the country. The Parliament and the Government will jointly work to fulfill their commitments in view of signing a new agreement, alongside the implementation of key reforms in the judiciary, corruption fight, energy,” the president said.

Andrian Candu has highlighted that the IMF’s expertise and monitoring – within a new agreement – will contribute to insuring the success of the started reforms.