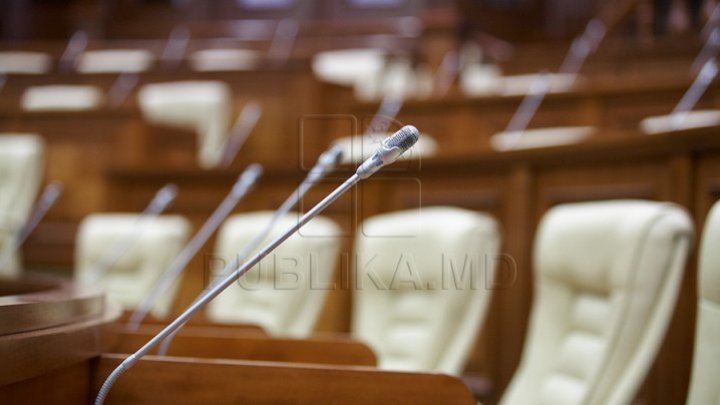 The 2009 parliamentary ballot took place on Wednesday, not on Sunday, unlike other elections.

Another premiere is for the first time, this year Moldovans abroad could vote outside diplomatic and consular missions.

The PCRM obtained 48 mandates, and the rest of the parties formed the Alliance for European Integration Governing Coalition. Alliance members voted Mihai Ghimpu's candidacy as president of Parliament.

"Thank you very much I hope that we, these deputies from the Alliance for European Integration will build what the citizens and even the European institutions are waiting for years," said former Parliament Speaker, Mihai Ghimpu .

The Alliance for European Integration had a parliamentary majority, but the Legislature was a crisis. The Communists boycotted some sessions and demanded the resignation of Mihai Ghimpu.

"I'm not guilty of being neither pro-Romanian nor pro-Russian. We damaged the Republic of Moldova because we, from the first day of establishment of this alliance, it was under the threat, because we can't work", said former President of Democratic Party of Moldova, Dumitru Diacov

"This alliance was supposed to be removed from the political field of Moldova and that is why we demand and insist on early parliamentary elections," PCRM president Vladimir Voronin said.

After two unsuccessful attempts to vote the president of the country, the deputies tried to change the way to elect the head of state by organizing a referendum, but this time they did not succeed. Thus, according to the provisions of the Constitution, the Parliament was dissolved and the date of the early elections - 28 November 2010 was set.