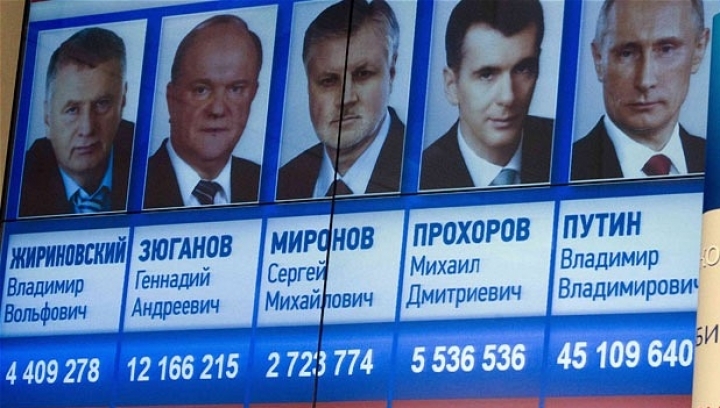 After accusations of election fraud and mass protests five years ago, the Russian government is working hard to make today's parliamentary elections look fair. However, experts agree that appearances are deceiving.

"We have united in order to start impeachment proceedings against Vladimir Putin; that is our main goal," says a bearded man in his early 50s. It has been a long time since such words were uttered in front of an audience of millions in Russia.

The man's name is Vyacheslav Maltsev and he is a Russian parliamentary candidate for the liberal opposition People's Freedom Party (PARNAS) in elections held this Sunday. He made the statement in a debate aired on Russian state-run television.

The unusual openness of televised debates appears to be one of a number of measures that the Kremlin has taken in reaction to events that occurred five years ago. Parliamentary elections in 2011 were overshadowed by accusations of voting fraud, setting off a wave of protests.

Tens of thousands of people demonstrated in the streets of Moscow to demand more democracy. The ruling United Russia party was berated as the "party of crooks and thieves" by large numbers of Russia's citizenry.

The Kremlin reacted with a two-pronged strategy: Many protesters were imprisoned, the right to demonstrate was limited, and police powers were expanded; but at the same time there was a considerable liberalization of election rules.

The restriction clause requiring parties to win a set percentage of the vote to be able to enter parliament was adjusted - with the hurdle being lowered from 7 to 5 percent - and the registration and admission of parties was also made easier.

Moreover, the Kremlin replaced the controversial chairman of the Central Election Commission (CEC) Vladimir Churov, whom Kremlin critics accused of manipulating the 2011 election, handed the job over to Ella Pamfilova, a respected human rights activist.

Election laws were also changed. Now, half of Russia's 450 parliamentarians will be elected as party list members and the other half by direct mandate.

The Kremlin insists that the campaign has been free and fair. "The same chances were afforded to all, ensuring a fair and open race," said President Vladimir Putin in an address on Thursday.