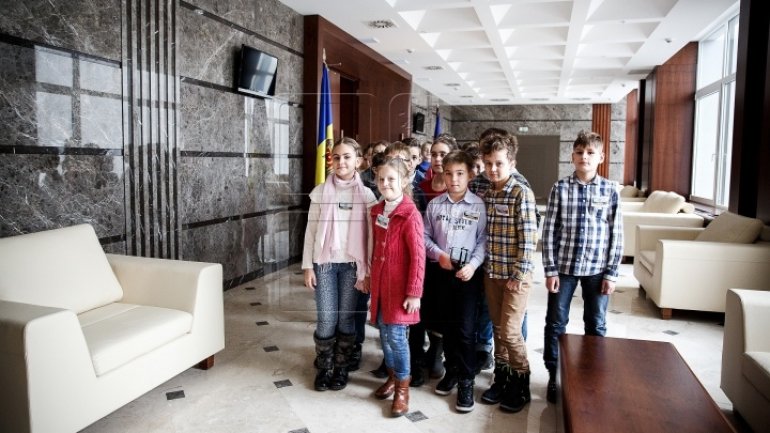 26 children from a Chisinau school have visited the Parliament Building today.

They have learnt new things about the work the Parliament does.

The kids stood in the legislators’ chairs and could make statements from the main tribune:

"If I were a deputy, I’d make this country a good place. We would live healthy, no evil things would happen, we all would live in peace, without protests."

"If I were a deputy, I would repair the streets shorter than two months. I’d make the streets cleaner, so that there would be no protests, because of the necessities."

The children watched a movie about the Legislature.

Their teacher Sergiu Plămădeală says it was the parents’ idea to organize an excursion to the Parliament: "It’s something new for them, something interesting. I was impressed at the luxury, the quality."

"We’re glad the interest for the Legislative Institution is rising. These are students mostly," said PR officer Olesea Berestian.

Then, the children made pictures and wrote messages in the Suggestions Book of the Parliament.