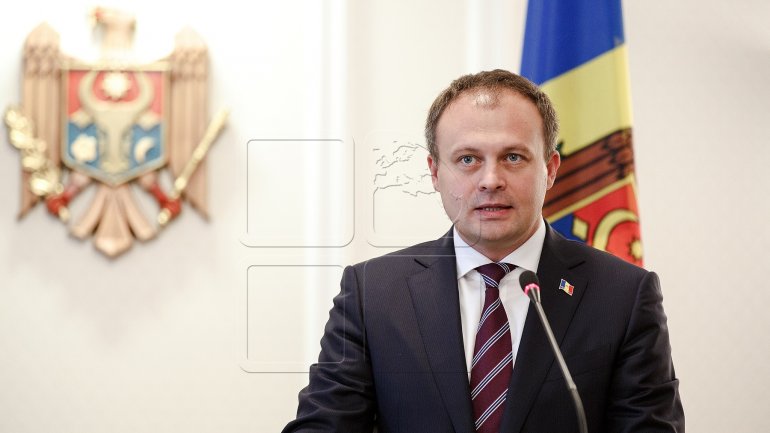 The Parliament Speaker Adrian Candu spoke about the 2016 year in an interview to Radio Europa Libera. The Head of Parliament spoke primarily about Moldova's relations with the European Union and the accumulating daily work to enable our country to the association of European Community space:

"The integration of Moldova to the European Union is not a process that lasts one day or one year, it could take us five or ten years, depending on how good we are in our success as shown by the European Union. The 2016 year has shown us that the European Union is also changing, like a living organism develops, some states decide to leave the European Union, as Great Britain. The citizen will feel finally the Agreement Association and the Free Trade through transformations on the level of institutions. If we talk about the law - law enforcement precisely, lack of bureaucracy, lack of corruption or very reduced corruption in Moldova, strong institutions, less relationships, the citizen-institution relationship, even in areas transformed by economy. If we talk about national security in terms of energy, we see that already some progress related to the Iasi-Ungheni pipeline or the EU - Republic of Moldova.

Even if today, after a relatively short period, the Association of Moldova to the European Union, the citizen does not feel an entire change, but it's an ongoing process, a process that certainly will show results in time. The opens market of the European Union towards our producers, which means jobs, which means better economy, which means bigger wages, which means a better education, a better health system, which means police institution reform, better roads etc. In some we have excelled in performance, somewhere we still have much to do. Even the Association Agreement, which clearly states that it is a guide to how we should transform Moldova into the next period. "

Andrian Candu is convinced that the fairest way for Moldova is the EU as it will enable development and modernization of our country.

"The decision to take  the path to European Integration belongs to the citizens and political elites in Moldova. Our choice was to be associated to the European Union and develop in a way that we manage to modernize, change the country for the better, that in one day we become eligible to become members of the European Union. it is the only way we consider the qualitative and in terms of time most easily achieved only by becoming members of the EU. "