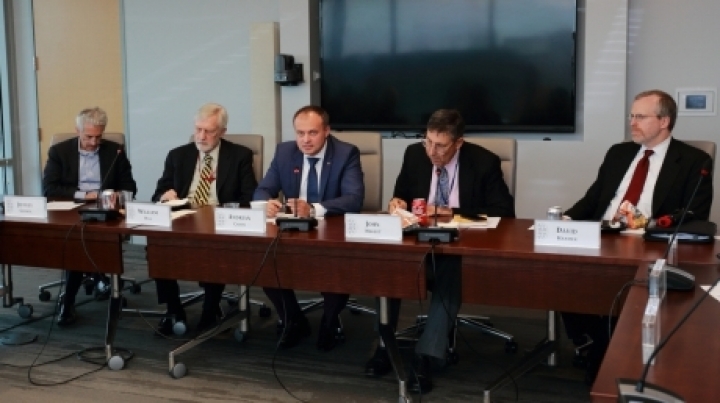 Parliament Speaker Andrian Candu attended a roundtable organized by the Atlantic Council in Washington. The debates were attended by experts from the Department of State, US Department of Commerce, National Democratic Institute, International Republican Institute and others.

The discussions were related on internal and external challenges faced by Moldova, how to overcome them, stage of implementation of priority reforms, including the provisions of the Association Agreement Moldova - EU Roadmap on the reform agenda priority and IMF preconditions.

Other topics of discussion were the electoral context and possible post-electoral scenarios in Moldova, developments in the dialogue between Parliament and the People's Assembly in Comrat and the situation in Transnistria.

In Washington, Speaker Andrian Candu also met the German Marshall Fund and the "Freedom House" organization, where they discussed legislative priorities for the fall session, fighting corruption and cooperation with civil society with US offcials.