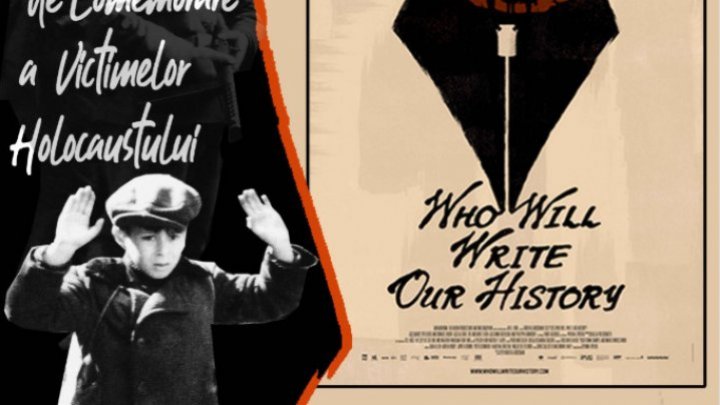 Movie "Who will write our history", dedicated to the victims of the Holocaust, concluded the action program on Holocaust Victims Remembrance Day.

The movie was screened for the first time at the cinema in the Capital, and broadcast at the UNESCO headquarters in Paris, the Washington Holocaust Museum and the Los Angeles Tolerance Museum.

The movie was also presented at over 400 cinemas, synagogues, churches, universities, museums and community centers around the world these days.

The event was attended by Andrian Candu, Speaker of the Parliament, Paul Packer, Chairman of the Commission for the Preservation of America's Heritage Abroad, Tali Ploskov, Vice-President of the State of Israel Knesset, Natalia Sineaeva-Pankowska, Polish Association "Never Again", members of the Government and Parliament, diplomats, representatives of academia and civil society.

Rare images in the archives intertwine with interviews and dramatizations, reflecting the lives of resistance fighters who faced the enemy with the supreme weapon they held - the truth. These heroes risked everything for their archive to survive the war, even if they did not succeed.

In November 1940, just a few days after the Nazis closed down 450,000 Jews in the Warsaw Ghetto, a secret group of journalists, teachers and community leaders was formed that decided to fight against the Nazis. Led by historian Emanuel Ringelblum, known as Oyneg Shabes, the clandestine group has decided to defeat the lies of Nazi propaganda, not by force of weapons, but by pen and paper. Their story is brought to the screen for the first time in a written film produced and directed by Roberta Grossman.

In 1999, the Oyneg Shabes archives have entered UNESCO's patrimony.