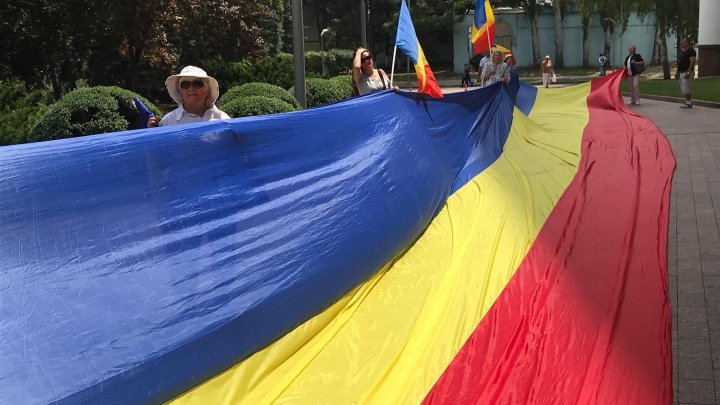 On the 25th anniversary of Moldovan Constitution Adoption, unionists organized a protest in front of Parliament and requested the modification of Article 13 in Supreme Law.

According to the Article 13 State Language, Use of Other Languages

(1) The State language of the Republic of Moldova is the Moldovan language based on the Latin alphabet.

(2) The State shall acknowledge and protect the right to the preservation, development and use of the Russian language and other languages spoken within the territory of the State.

(3) The State will encourage and promote studies of foreign languages that enjoy widespread international usage.

(4) The use of languages within the terri-tory of the Republic of Moldova shall be established by organic law.