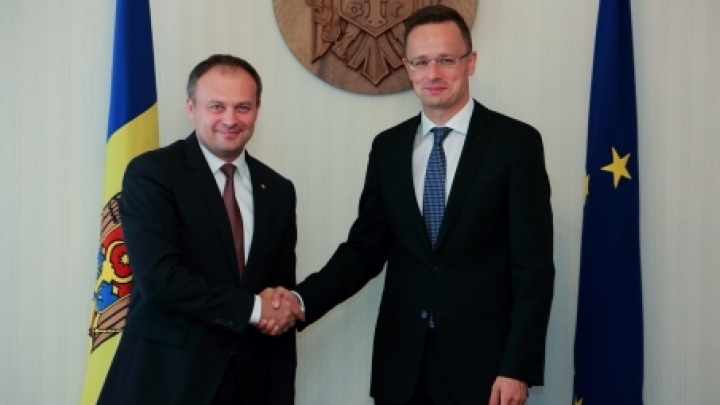 The reforms agenda, the political developments and the priorities of the fall session of the Parliament have been the topics discussed by speaker Andrian Candu with the Hungarian Minister of Foreign Affairs and Trade Péter Szijjártó, on a trip to Chișinău.

"Speeding up the implementation of the Association Agreement, fulfilling the IMF’s pre-conditions and implementing the needed reformed, especially the postponed ones, in the banking, judiciary and energy sectors, these are the priorities of the fall session of the Parliament," said Andrian Candu.

He has announced that the chairman of Hungary’s National Assembly, László Kövér, will pay a visit to Moldova next week.

The Foreign Minister has lauded Moldova’s progress, as 90% of the measures and commitments provided for in the Road Map signed up by the Parliament and Government have been achieved.

The Hungarian official has encouraged the Moldovan Legislature to continue the reforms within conditions of political stability and has reiterated Hungary;s support for Moldova’s European course.

Péter Szijjártó says Hungary is interested in funding investment projects in Moldova, as a credit line of EUR70 mln is available for Moldovan companies.