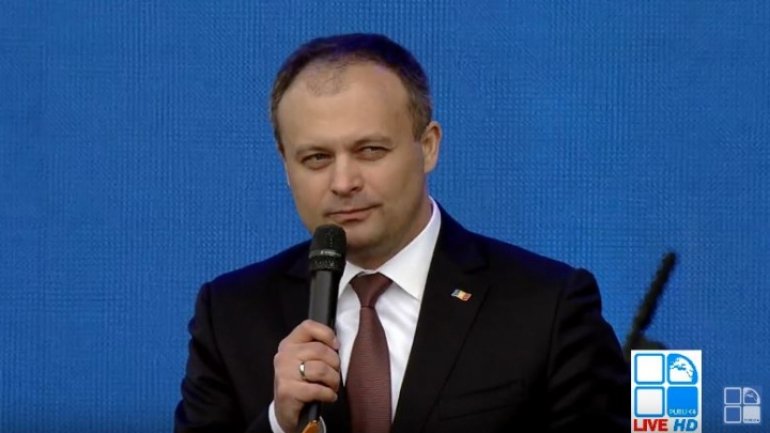 Speaker Andrian Candu has given a speech at the concert on Chisinau’s main square, after the march organized by the Democratic Parety on occasion of the Victory and Europe’s Days.
"72 years ago, the most tragic page of the 20th century – the World War Two -- ended.

Millions sacrificed their lives to win that war. We commemorate the victims of the war and celebrate the Victory.

In 1950, it was also on May 9 that the foundations of the European project were laid, in order to prevent any war on the European continent, in order not to repeat what had been till 1945. So, since then, one celebrates Europe’s Day on May 9.

There would have been no Europe’s Day, had it not been Victory Day.

Our grandfathers sacrificed their lives so that the future generations live free. We now have the freedom to celebrate these days, to decide how to build our country, we remember the past, in order not to repeat the history, but we also mark the future through Europe’s Day.