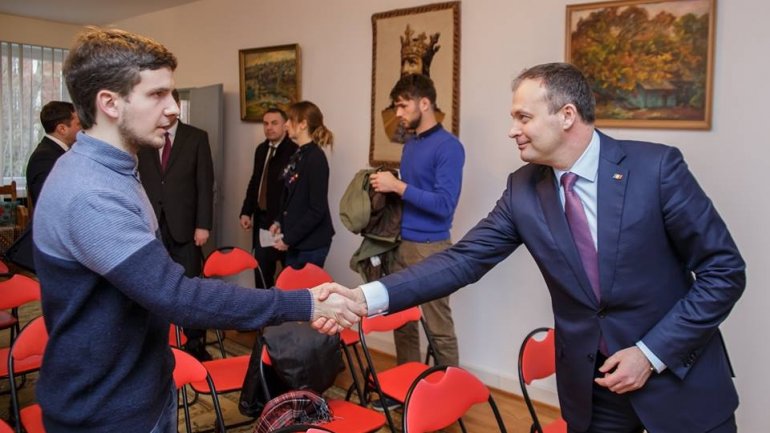 At a meeting between the Moldovan Speaker Andrian Candu and Bundestag Speaker Norbert Lammert, the Moldovan official talked about his country’s getting modernized.

Andrian Candu underscored the firmness of the parliamentary majority and of the Government to implement the commitments provided for in the Association Agreement with the  EU, the new program with the IMF signed in 2016.

The Legislature President assured Norbert Lammert of the continuity of Moldova’s European path.

”We want you to have more opportunities and the way to the European Union to be shorter for Moldova,” said Norbert Lammert. According to him, Germany is interested in the development of the countries neighboring the European Union and greeted the Moldova authorities’ determination to continue the reforms.

The German official underscored the importance of political stability in carrying out the objectives from the European agenda.

Andrian Candu also met with representatives of the Moldovans in Germany, in Berlin, and discussed the reforms and the revision of the electoral legislation pursuing to insure the access to voting to all the Moldovan citizens.

The Parliament Speaker discussed about the Association and Free Trade Agreements with the EU and other topics related to regional security, reforms and economic development at a reunion held by the president of the German-Moldovan Fund, Fritz Felgentreu, jointly with the Friedrich Ebert Foundation and Dr. Gernot Erler, a deputy and the Bundestag’s coordinator for the cooperation with Russia and the Eastern Partnership.

Andrian Candu assured the audience the Moldovan government is firm to continue the European course, despite certain statements by the opposition.

The Speaker is paying a visit to Germany from March 7 to 9.