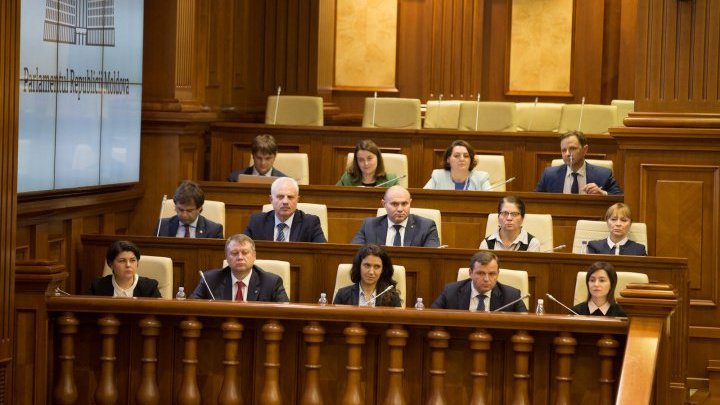 The coalition ACUM-PSRM tussled over who should have the power to appoint a new prosecutor general. Sandu wanted to be able to make the choice herself, but the Socialists wanted a special commission under the justice ministry to decide.
The government last Wednesday assumed responsibility for a draft law which provides for amendment of the rules for selecting candidates for the position of Prosecutor General.

The President of the Democratic Party Pavel Filip has delivered a profound speech in the parliament plenary. According to him, the MPs are not examining the possibility of dismissing the Government but the decision that Maia Sandu will leave the government.

"PDM will vote for the dismissal of Maia Sandu", said Filip.

Pavel Filip also stated this Government will make history for its failure to implement projects for people in the past five months.

"The people yet to know if they have gas in the winter because the Economy Minister failed to come to the Parliament to answer the questions. You only managed to raise price, taxes and the effects will be felt in the next months when the laws will come into force", added PDM leader.

Pavel Filip also mentioned the Government had not approved the budget for 2020 because "the government does not have professionals working while the real professionals were dismissed and replaced by relatives of officials".

He was of the opinion that bloc ACUM lost its power for it has not had coherent messages since Vlad Plahotniuc left. Bloc ACUM didn't cope with any challenges while coming to power.

"You held some rigged competitions and cancelled the results when you did not find the right persons.

You can't exist without Vlad Plahotniuc. Plahotniuc helped you come to power and then you failed without him. But the Democratic Party is functioning without him", said Filip.

(11:27) The question-answer section is being held in the parliament plenary after the Prime Minister delivered a speech.

The main purpose of this meeting is to debate and vote on the motion of censure against the Sandu Government which was initiated by the Socialist Party.

According to Maia Sandu, the citizens did not expect miracles in five months, but they appreciate a responsible Government, made up of honest ministers.

ACUM bloc wants a real justice, efficient prosecutors and judges who make decisions in the name of the law, and those who stole the billions to go to jail. According to the prime minister, the people wants the same thing, including PSRM voters.

The prime minister has mentioned that lately she has realized that the vision of Socialist voters, of some PSRM deputies differs from the views of President Dodon.

"In June he was afraid of Plahotniuc's justice, he was afraid of the recordings he had leaked to the press, of threats with criminal records for state treason and corruption acts. I could see this, but during consultations and in public Mr. Dodon's vision was very civilized and correct. He says that, like us, he wants an independent and corruption-free justice. He was telling the same thing including to the Socialist voters whom he is betraying again, as we can see,” said Maia Sandu.