The Moldovan Parliament has announced an auction for 110 tablets and 10 computer keyboards which worth 2,299,999 lei. The auction was announced on January 16 and the deadline for receipt of offers or request to participate is February 7, 2020. 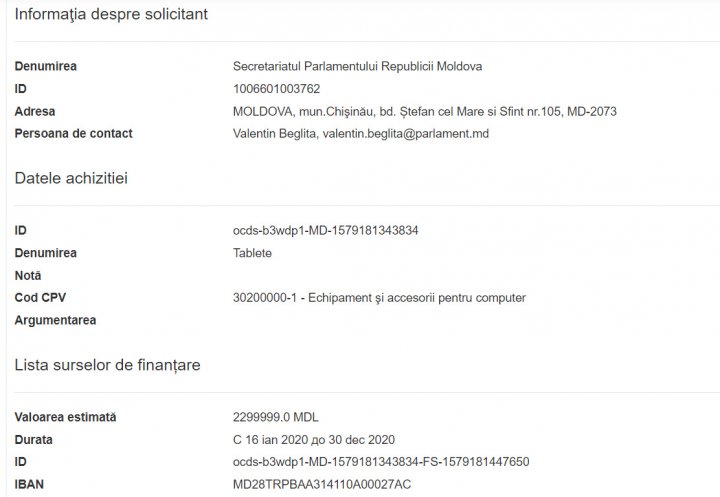 In October 2019, Parliament also announced an auction to purchase four cars for which it would pay over 2 million lei.