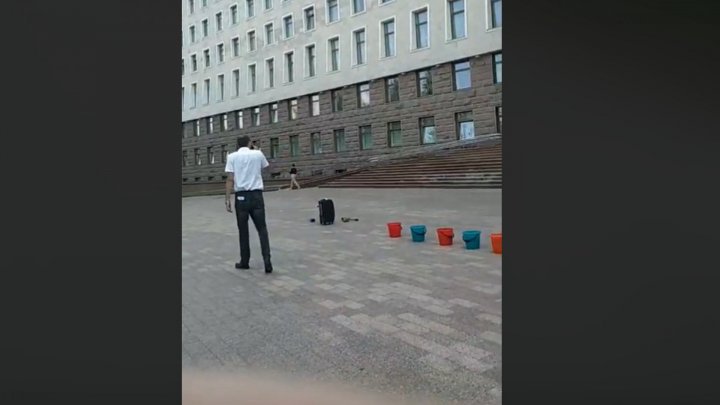 Andrei Donică, leader of Professionals' Movement "Speranta-Nadejda" is protesting in front of Parliament with couple of milk buckets. He's disappointed at the fact that deputies neglect their commitments made in the electoral campaign.

According to Donică, Parliament members do nothing and have no reason to relax for the vacation which will start on Thursday.

"I'm observing until the last days to see if PMs want to fulfill their commitments. You promised to annul the law regarding billions imposed on citizens. Do you still remember?", said Andrei Donică.

Andrei Donică became well-known after pouring a milk bucket over former Finance Minister Octavian Armaşu. He then was was sentenced to 1 year in jail with with suspension.

The movement leader said that he would protest whole day unless MPs repealed the law that stipulates that the money stolen from the banking system will be put on the account of the citizens.