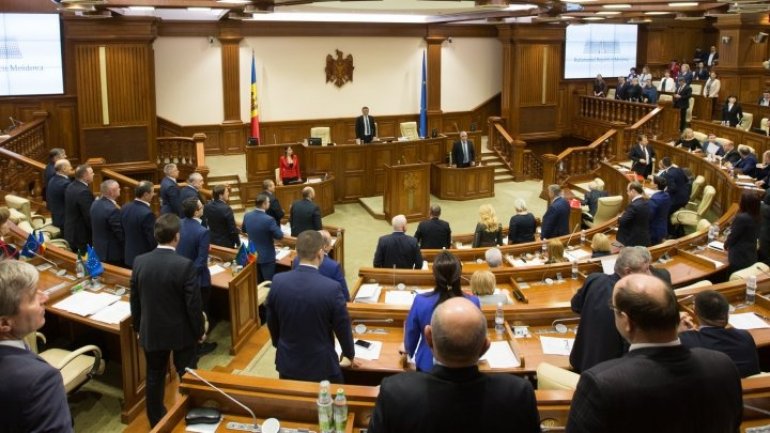 At the beginning of today's plenary session of the Parliament of the Republic of Moldova, the deputies held a minute of silence in the memory of His Majesty King Michael I of Romania.

At the same time, parliamentarians expressed their condolences to the Royal House in connection with the passing of His Majesty.

His Majesty King Michael I died on December 5, at the private residence in Switzerland. The inanimate body of King Michael I will be deposited in the Peles Castle Hall of Honor, and then for two days in the Hall of the Throne at the Royal Palace on Calea Victoriei (Victory Avenue). The funeral service will take place at the Patriarchal Cathedral. The funeral will take place in Curtea de Argeş, in the New Archbishopric and Royal Cathedral, on December 16, 2017.