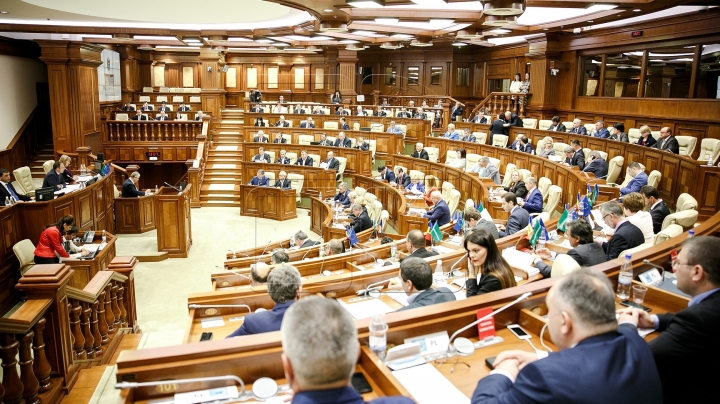 The parliamentarians are gathering today at 10:00 in a special meeting, during which will be presented the responsibility of Government in front of Legislative.

PUBLIKA.MD reminds that yesterday, 26 September 2016, the Ministers’ Cabinet had a special meeting in order to take a series of decisions of great importance. The prime minister Pavel Filip explained the need of the meeting through the wish to continue the decided actions in the reform of some strategic fields, the strengthening of the economic stability, and to take into account the work agenda agreed with the International Monetary Fund (IMF) in order to obtain the financing agreement at the meeting in October.

Thus, the Government took the decision to take the responsibility in front of the Parliament for seven laws. They are extremely important laws which are targeting the strengthening and cleaning the banking sector, so that there won’t happen situations like those in the past, but there are also laws on the state budget.

“All these laws have been adopted in the formula validated by the IMF, we worked together with them, including until today morning, and the way of approving these laws through taking the responsibility was coordinated with those from the International Monetary Fund, and with the parliamentary majority. We are in the situation to go on taking the responsibility only because we do not have much time, or if we go with the classic formula, that would mean that we would lose another few weeks” declared Pavel Filip, mentioning that Moldova cannot allow this if it want the unblocking of EU financing.

The prime minister added that the taking of the responsibility is supported by most of parliamentarians.