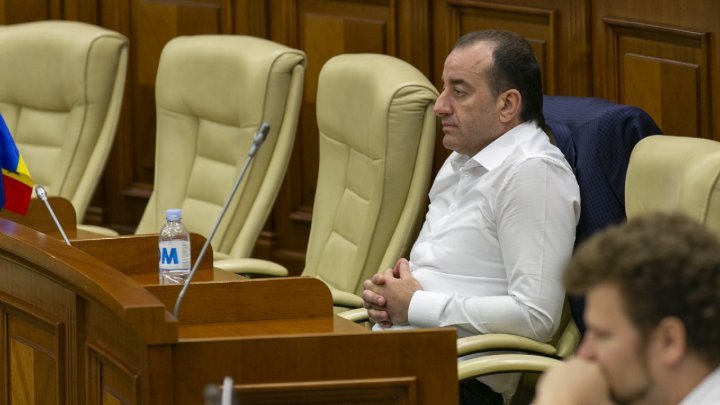 (UPDATE 14:55) Vasile Bolea: Prosecutor's Office came with this approach yesterday. He was told the meeting was postponed, he should have been here. He will come after September 24 and explain what he said. Please finish this procedure and let's vote.

(UPDATE 14:39) According to Sergiu Litvinenco, Jardan could attend this meeting but he didn't want to. After MP Ulanov asked why to carry out this meeting to cancel immunity today instead putting off for another day.

The Committee decided the absence of Jadan was unmotivated.

(UPDATE 14:31) Deputy Sergiu Sârbu asked if the government had separate approaches or a common one. Litvinenco replied not to make every approach for each crime.

(UPDATE 14: 24) Sergiu Litvinenco presents the report regarding the cancellation of MP Petru Jardan's immunity. Deputy Jadan must have been heard on September 19 but the meeting was put off for September 20. Jadan's in Romania now.

(14:22) Deputy Alaiba urges the government to vote for this case for the people's goodness.

Members of parliament are debating this topic.