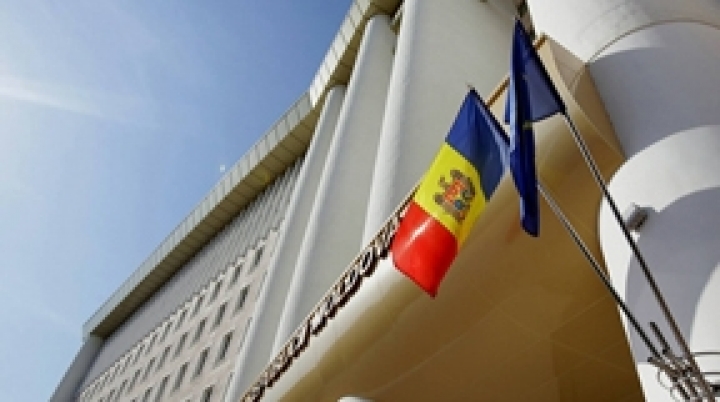 The Moldovan Parliament’s Permanent Bureau has decided to give up the years’ traditional welcome addresses at the opening of the forum’s plenary sessions, Infotag informs.

Addressing the first plenary meeting of the Parliament’s new Autumn-Winter Session on Friday, Speaker Andrian Candu substantiated this Bureau’s decision by saying that the country is in a presidential campaign, that the Parliament has so much work to do, and that time is as precious as perhaps never before.

“Accordingly, we have to work very much and very well, placing emphasis on quality rather then on quantity. This Session coincides with an election campaign, and there are presidential candidates among our Parliament members. But we must organize everything in a way not to spoil the Parliament’s work. That’s exactly why the Permanent Bureau decided to step aside from the tradition and not to hear addresses by parliamentary faction heads at the Session’s start”, explained the Speaker.

However, the tradition revision was welcomed by far from everybody in the session room. Liberal Democratic faction chairman Tudor Deliu proposed to put this question to the vote so that to hear deputies’ opinions.

Deliu stated indignantly: “The traditions and rules of parliamentarianism have been suffering unfounded attacks and damage lately. For instance, at the end of the last Spring-Summer Session, we were deprived of the traditional possibility to take floor. And now factions are being also denied the right to speak out their outlooks and opinions and to propose priority questions for this Session”.

That proposal irritated Democrat Andrian Candu, who refused to put Deliu’s motion to the vote. Candu stated that such addresses are not stipulated in the Parliamentary Rules of Procedure.

The Parliament’s first decision of the new Autumn-Winter Session was to declare 2017 as The Year of Nicolae Testemitanu.