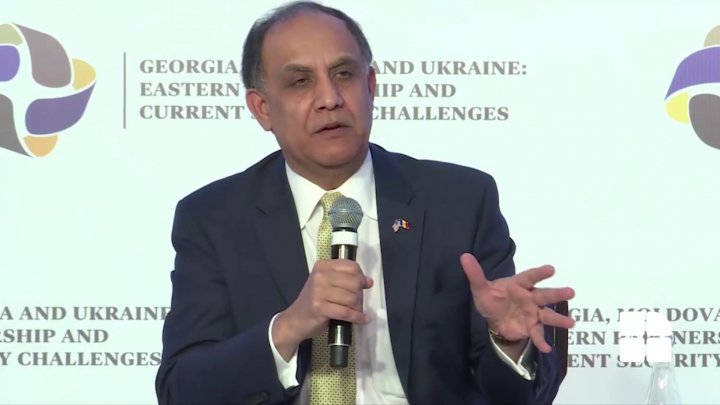 We must indicate the aggressor. It's difficult when a foreigner comes to your country and wants to hold the election. The declaration belongs to vice-president for International Program at Washington State University, Ambassador Asif Chaudhry, at the Inter-parliamentary Conference "Georgia, Moldova, Ukraine: Eastern Partnership and Current Security Challenges".

The statements were made after Chairman of the Foreign Affairs Committee of the Verkhovna Rada of Ukraine, Hanna Hopko, said that his country needs more EU attention and interest particularly in this period when Russia will hold elections in occupied territories of Eastern Ukraine.

"We call on the international authorities not to recognize the legality of the Russian elections in the occupied territories of eastern Ukraine. We want to see more interest from the EU in this respect," said Foreign Affairs Commission Chairman of the Verkhovna Rada, Hanna Hopko .

In turn, Ambassador Chaudhry said it is very important for the partner countries to offer more support to Ukraine, Georgia and Moldova.

"[...] We are talking about a struggle for survival, this is a struggle for all three countries, there is a lesson here. We must indicate the aggressor. It's serious when a foreign country comes and holds election in your country.

It's important that United States and the EU as partners, to offer support so that that aggression can be stopped.", said Vice President for International Programs at Washington State University, Ambassador Asif Chaudhry.

PUBLIKA reminds that Presidents of the Moldovan, Georgian and Ukrainian Parliaments have signed a declaration committing themselves to promote a common position on defense and security.

The three presidents call on governments to improve hybrid threat counters and to implement integrated infrastructure and energy projects.

Heads of Legislative Affairs are deeply concerned about the fact that Russian troops are still deployed on the sovereign territory of Moldova and Russian occupation and other forms of military intervention continue in various regions of Georgia and Ukraine.

The document also highlights concern for coordinated support from the external sides for separatist movements, media outlets, social networks and the internet, as well as the discrepancy of government decisions through propaganda messages and invented accusations.