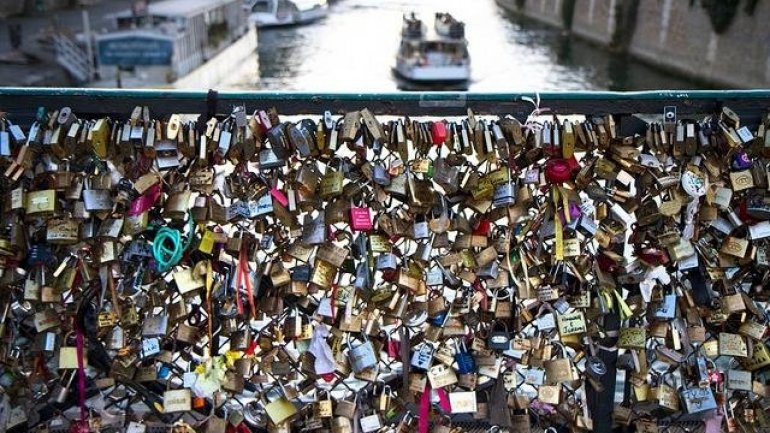 For the past two years, Paris has committed itself to taking on the love lock trend, in which couples, particularly tourists, attach padlocks to the city’s bridges as a symbol of their love, informs The Guardian.

And since the authorities made the decision to start removing them 18 months ago – cutting down an incredible one million padlocks in the process – it has been left with 65 tonnes of scrap metal to deal with.

Now, authorities hope that the removed locks will be able to spread some more love, after plans were announced to sell 10 tonnes of the locks to members of the public keen to possess a piece of Parisian history – and give the proceeds to refugee groups.

Bruno Julliard, first deputy mayor of Paris, said, “Members of the public can buy five or 10 locks, or even clusters of them, all at an affordable price.

“All of the proceeds will be given to those who work in support and in solidarity of the refugees in Paris.”

Juillard added that he hoped the sale, which is expected to take place next year, could raise up to €100,000, with the remaining locks melted down and sold as scrap.