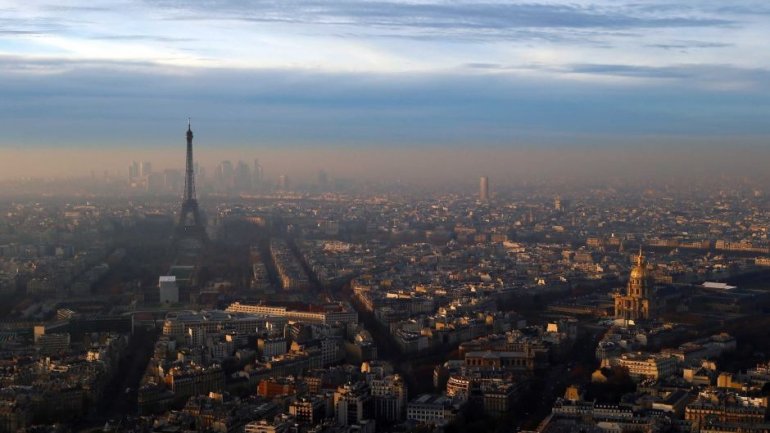 Paris city hall has barred half of all cars from traveling and made public transportation free for a third consecutive day. A similar scheme will be implemented in the city of Lyon Friday as the pollution hit various regions across France including the Rhone valley.

Only vehicles with even-numbered plates are allowed to drive Thursday in the French capital and its nearby suburbs. The ban wasn't respected by many drivers during the first two days, while disruption in transportation services added to confusion and triggered political bickering among local politicians.

According to Airparif, the body in charge of monitoring pollution in Paris, the drop in car emissions was limited to just between 5 and 10 percent on the first day of the ban because only half as many of the vehicles respected it compared to March 2014. Drivers face a fine between 22 ($23) and 75 euros ($80) if they ignore the rule.

To tackle the crisis, Paris' Velib bike-share and Autolib electric cars will again be free Thursday, as well as the Paris metro and bus services.

In northern France, local authorities have reduced the maximum speed on major roads and urging drivers to resort to car-sharing while residents have been ordered to skip wood fires.

Airparif says the peak is due to the accumulation of pollutants because of anticyclonic conditions.