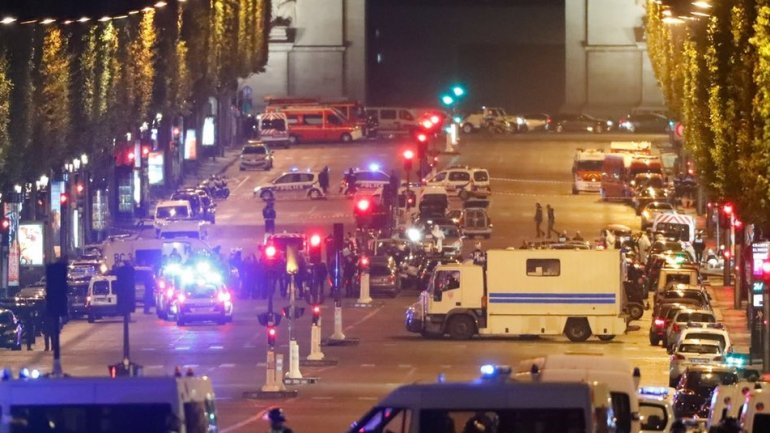 Police in France have searched a property believed to be the home of a known terror suspect who shot dead one police officer and seriously wounded two more in an attack two days before voting begins in an already tense presidential election, The Guardian reports.

The gunman stepped from a car and opened fire on a police van with an automatic rifle outside a Marks & Spencer store on the Champs Élysées in central Paris at about 9pm on Thursday.

The attacker, a 39-year-old man widely named named as Karim Cheurfi, was known to French security services. Media reported he had served nearly 15 years in prison after being convicted of three attempted murders – two against police officers – in 2001.

He was shot dead by police while trying to flee on foot. A statement from the Isis propaganda agency, Amaq, said the attack was carried out by an “Islamic State fighter”.
AFLĂ imediat Știrile Publika.MD. Intră pe Telegram