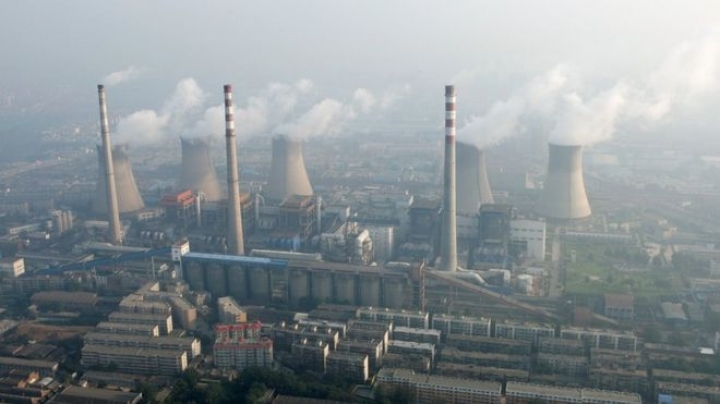 The US and China - together responsible for 40% of the world's carbon emissions - have now both ratified the Paris global climate agreement.

After arriving with other leaders of G20 nations for a summit in the city of Hangzhou, Mr Obama said: "History will judge today's effort as pivotal."

CO2 emissions are the driving force behind climate change.

The Paris deal is the world's first comprehensive climate agreement. It will only come into force legally after it is ratified by at least 55 countries, which between them produce 55% of global carbon emissions.

Members of China's National People's Congress Standing Committee adopted "the proposal to review and ratify the Paris Agreement" on Saturday morning at the end of a week-long session.

This is a big step towards turning the Paris climate agreement into reality.

Other nations will still tussle over their own ratification, but this will put pressure on G20 nations over the weekend to move faster with their pledge to phase out subsidies to fossil fuels.

Before China made its announcement, the 23 nations that had so far ratified the agreement accounted for just over 1% of emissions.