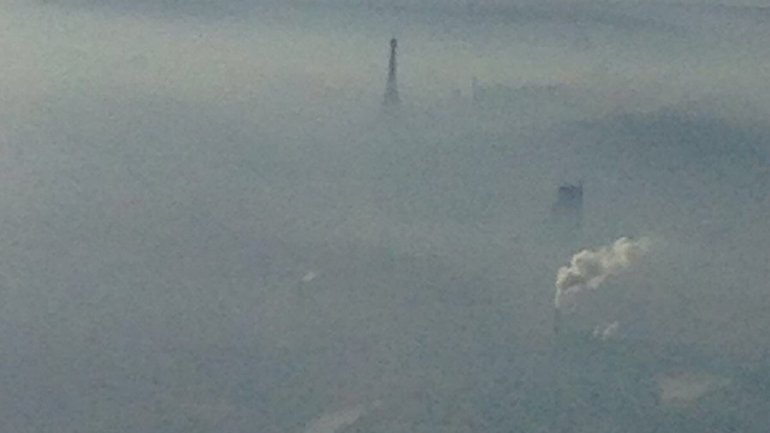 Paris authorities restricted traffic in the city for a second day after a “lid of pollution” sealed the capital, causing concern over public health, informs The Guardian.

Photographs showed a grey veil of dirty air trapped over the city, masking the horizon and, at times, landmarks such as the Eiffel Tower. Experts said it was the longest most intense spike in pollution for at least 10 years and was expected to continue for at least another day if not longer.

Following a ban on vehicles with odd-number licence plates on Tuesday, it was the turn of those with even numbers to be told to leave the car at home on Wednesday. To encourage them, public transport in the city and suburbs was free.

The alternate-day vehicle bans have only been introduced four times in the last two decades, and never before for two consecutive days.

The spike in pollution was blamed on anticyclonic weather conditions, little wind combined with the cold snap keeping the pollution from escaping, and people turning up their gas heating or lighting fires.