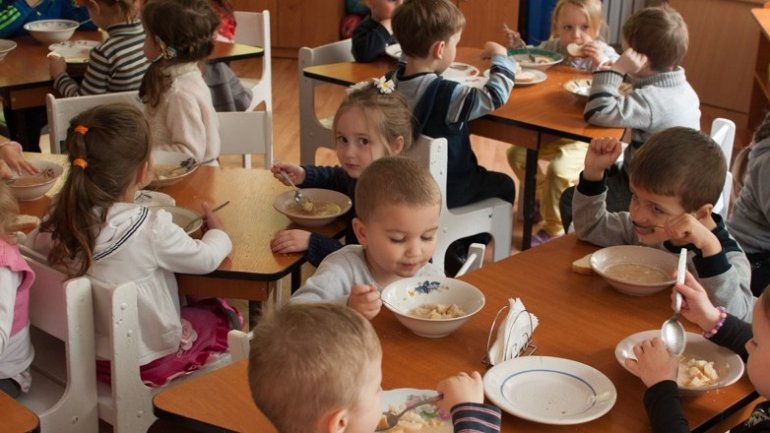 Several parents are unhappy with their children's menu offered in the kindergarten. They claim that some food types are being paired in the wrong way. According to them, they little one often come home hungry. The topic was discussed today, February 7th, during the meeting of the special commission created in parliament following the scandal with the delivery of bad food in kindergartens.

A group of parents, children who learn in different kindergartens from Orhei town are unhappy about the combination of products and their quantity.

Problems have been identified at some kindergartens in the capital. Thus, some parents complain that the food rations are not respected in some preschool institutions in the city.

Members of the special committee said they would discuss this matter with representatives of the Ministry of Health and later come out with proposals.

Asked by Publika TV, the Deputy Minister of Health, Aliona Serbulenco, said that the current menu has been developed with both industry experts and a group of parents.

At the same time, she said she's ready to meet with those who have children at kindergarten to discuss their grievances. Shortly, the menu will be evaluated.