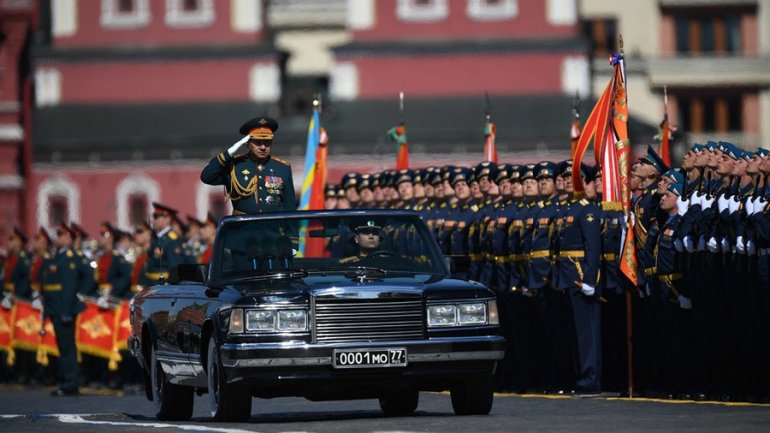 Russia is holding parades and other celebrations nationwide on May 9 to mark the 72nd anniversary of the Allied victory over Nazi Germany in World War II.

The centerpiece of the Victory Day celebrations is a large military parade in Moscow's Red Square outside the Kremlin.

An estimated 27 million Soviet soldiers and citizens were killed in the war, and the defeat of the Nazis in 1945 is viewed with immense pride by millions in Russia, where few families were left untouched by the war.

Putin traditionally calls for unity within Russia and for closer international cooperation against terrorism in his address at the parade, sometimes implicitly or overtly criticizing the West.

Kremlin critics say Putin's government uses the celebrations to seek to stoke patriotism but pays little attention to the need of aging veterans.