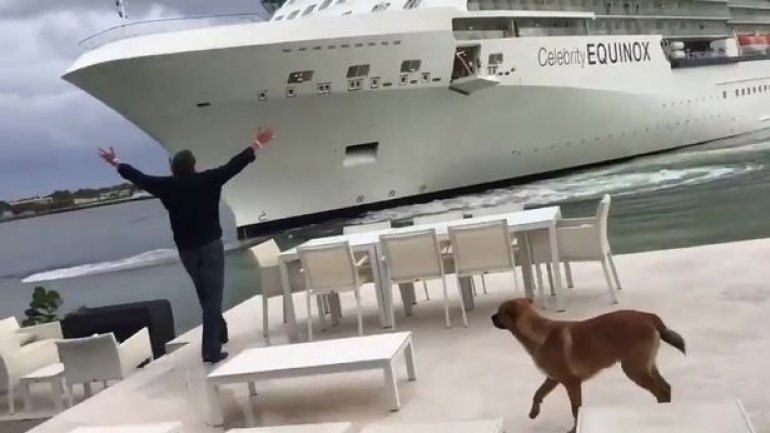 A homeowner filmed the moment an enormous cruise came within metres of her waterfront home as her husband waved in sheer panic, according to Mirror.co.uk.

The cruise can be seen towering over Bill Todhunter, as his wife Yasmine records the extremely close encounter.

Footage shows Bill desperately running onto the decking of their Florida home.

Holding 2,850 people and weighing around 122,000 tonnes, even the slightest touch of the 'Celebrity Equinox' could have caused catastrophic damage to their home.

Bill says it stopped around 100 feet from his waterfront patio.

He said: "When the cruise ship thrusters stopped, there was silence and I yelled "somebody is going to get fired" and everybody on the cruise started applauding."

The boat usually passes from Port Everglades docks through to the Atlantic ocean, passing by the home.

As the captain attempted to turn the huge vessel, it drifted closer and closer to the waterfront homes.