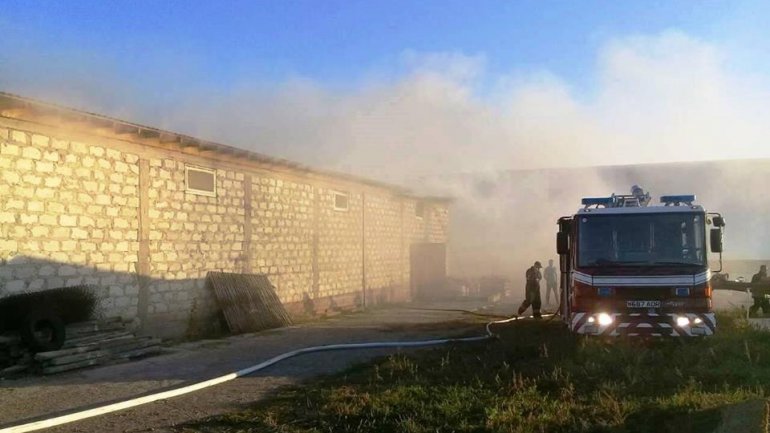 A warehouse from Isacova village, Orhei has burst into flames at around 5 AM this morning, spreading fast and taking over 70 square meters of the building.

Four firefighting teams were dispatched to the sight and managed to put down the fire in only two hours.

The building of 120 square meters was used to keep hay and wood that later one was turned to pallets.

The source is yet to be found, but luckily nobody was hurt.

According to the mayor of Isacova village, the warehouse was opened a few months back by a local entrepreneur.

The full extent of damage after fire is yet to be established, but according to the preliminary information half of the company's goods burned.