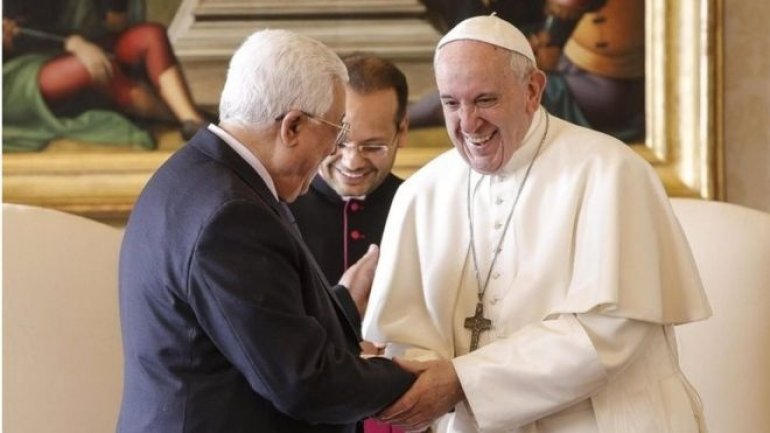 Palestinian leader Mahmoud Abbas is meeting Pope Francis at the Vatican, ahead of officially opening the Palestinian embassy to the Holy See, BBC reports.

The Vatican recognised Palestinian statehood a year and a half ago.

Mr Abbas is also expected to raise concerns that US President-elect Donald Trump intends to move the US embassy in Israel from Tel Aviv to Jerusalem.

The status of Jerusalem is one of the most sensitive and complex issues of the entire Middle East conflict.

Palestinians view East Jerusalem as the capital of their future state but Israel proclaims the entire city as its capital.

On Sunday, France is hosting an international conference in Paris to try to kick-start peace talks between the two sides.