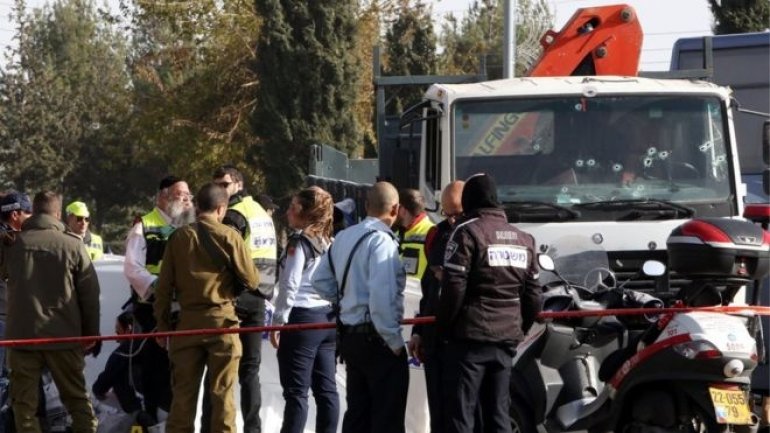 Four people have been killed in Jerusalem by a Palestinian who rammed a lorry into a group of soldiers, in what police say was a terrorist attack.

Three women and one man, all in their twenties, were killed and at least 13 more were wounded, police said.

Israeli Prime Minister Benjamin Netanyahu said the attacker, who was shot dead by soldiers, was a suspected supporter of so-called Islamic State.

The prime minister's office gave no details on what led to the finding.

Israel's police chief Roni Alsheich said the attacker, who has been identified by police, was a Palestinian from East Jerusalem.

CCTV footage showed the man driving the truck off the road and ploughing at high speed into the soldiers, before reversing over the victims.