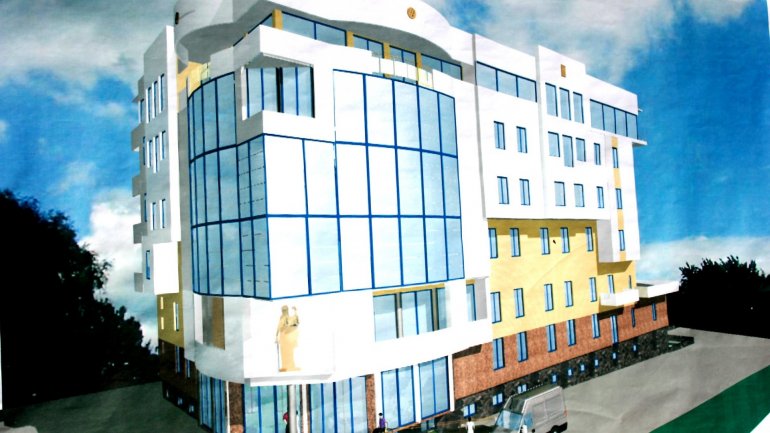 The new Palace of Justice from Ungheni is already 90% completed, magistrates from Ungheni and Nisporeni will be able to use the building by the end of the year. This is part of the Justice system reform, meant to merge the 41 existing courts into 15. The new building will be able to compete with European ones.

"There is not much left to do. We installed the elevators, the air conditioning being 98% done. All that is left is the pavement" site manager, Ion Găluşcă declared.

"This building has 8 courtrooms, 4 for civil cases and 4 for penal cases. There are two bigger rooms and two smaller" President of Ungheni Court, Vasile Şchipu announced.

"Better conditions were also made for other parts of the process. Attorneys received their own offices and there are rooms for those working on both civil and penal cases" Judge Mihai Olinici added.

"Those conditions are meant to favor not only the employees, but also attendants. There is room for the press and people with disabilities" President of Superior Council of Magistrature, Victor Micu spoke.

This new change, of lessening the number of courts displeases some people, who now need to cover more distance.

"For now we see nothing good about it. We were promised better courts, but perhaps this was not the best way around it" an attorney said.

"The only minus is that now we need to walk further. The main point was to offer better quality services. Now we can analyse cases faster and more efficient" Victor Micu underlined.

"I believe that this reform has a future. It will offer better services to those who require them" Judge Alexandru Parfeni finalized.

The creation of the new Palace of Justice from Ungheni costed 60 million lei. By 2027, 14 more such Palaces will be created in the regions. The total costs of the project are estimated to be of 1.8 million lei.